Dan Mazur is a contemporary mountain climber most widely known for leading Greg Mortenson's 1993 K2 expedition in "Three Cups of Tea" and for the rescue of Lincoln Hall, an Australian climber on Mount Everest on May 25, 2006. Lincoln Hall had been 'left for dead' by another expedition team the previous day at around 8600 meters on Everest after collapsing and failing to respond to treatment on the descent from the summit. Mazur and his fellow climbers - Andrew Brash (Canada), Myles Osborne (UK) and Jangbu Sherpa (Nepal) - in abandoning their own attempt on the summit in order to save Hall's life epitomised the noblest traditions of mountaineering, underscored by the death of British climber; David Sharp, a few days earlier.

Daniel Lee Mazur was born on 15 October 1960 in Illinois. His family came from Złotów, Poland, and Bristol, England, where his ancestor Humphrey Hooke was a Merchant Venturer and Alderman during the 16th century. As a boy he spent his summers exploring the wilderness waterways of Canada by canoe with a YMCA group. Each summer the family would load the Ford station wagon with the kids and the dog and visit the national parks for a two-week camping trip. He was an active Boy Scout for many years and was taught to ski by his father Robert. At age 12 his mother Mary started bringing Chinese students home to live in the house, so he learned his first words of Chinese around the dinner table and while doing chores. He first tasted the high peaks at age 17, while a student at the University of Montana, climbing Gunsight Peak and the Sperry Glacier in Glacier National Park.

When he is not climbing Everest and Himalayan Peaks, or traveling the world giving slideshows to raise money for charities such as Mount Everest Foundation for Sustainable Development of Nepal and Tibet, or the Mountain Fund, he lives in Bristol, England, and Olympia, Washington. He is a member of the Alpine Club, a fellow of the Royal Geographical Society, a member of the American Alpine Club, a fellow of the Explorers Club, Pacific Northwest Chapter, a member of the British Mountaineering Council, the AMGA, Mountain Leader Training Board, Certified Guide Federation, Access Fund, member of the Mountaineers Club, holds a certification in Diesel Mechanics, a PhD in Social Policy Analysis from the Heller School at Brandeis University, read for the PhD at the University of the West of England in Bristol, and holds a BSW from the University of Montana.

Having reached the summit of Mount Everest on an expedition together with Anatoli Boukreev in 1991, he has subsequently climbed six more of the world's 8,000-meter peaks and led expeditions more than 15 times to the world's highest, including Everest 7 times (x), K2 2x, Lhotse2x, Makalu, Kangchenjunga 2x, Cho Oyu 2x, Manaslu, Gasherbrum 1, Gasherbrum 2 and Shishapangma. His current employer, www.SummitClimb.com, are now in their sixteenth year of organizing expeditions to Tibet, Nepal, China, Africa, Pakistan, Tajikistan, India, and North America.

Dan has lived in England, Asia, and North America, but spends more and more of his time lecturing and raising funds for the Mount Everest Foundation for Sustainable Development in Nepal and Tibet, or the Mountain Fund, building hospitals, schools, and environmental projects with the low-income families who live around Mt. Everest, in both Nepal and Tibet. He leads "www.ServiceTrek.org" for the MEFSD. In 1993, Climbing magazine named Dan the "most successful to ever launch an expedition". As an articulate but humble Himalayan explorer and scholar, he has been active in climbing the highest peaks of the Himalaya for many years. His personal link with the region and its peoples began in 1986 when he traveled, trekked, and climbed throughout Tibet and Nepal with friends. Since then, he has been personally leading and organizing successful overland, trekking, and mountaineering expeditions for 18 years.

In a May 2003 article written by John Climaco, Climbing magazine said: "How has Dan Mazur become one of the most successful Himalayan mountaineers?" When you meet him in person, Dan comes across as humble and unassuming. But take him to a high mountain, and Dan becomes the true and naturally gifted mountaineer that he is. His style has won him plaudits from the professional mountaineering fraternity, and it wins high praise from all who are privileged enough to climb with him on his expeditions."

At 7:30 am on May 26, 2006, Dan Mazur's team of ascending climbers, eight hours into their planned ascent to the summit up the North Ridge of Mount Everest, encountered a stricken climber at an altitude of approximately 28,000 feet. Mr. Mazur's group consisted of Andrew Brash, Myles Osborne and Jangbu Sherpa. The team was feeling strong and healthy. They were two hours below the summit. There was no wind and no clouds. Conditions seemed perfect for climbing to the summit. When rounding a corner on the trail to the summit the team found a fallen Australian climber named Lincoln Hall. He was sitting on the trail with his jacket around his waist with no hat and no gloves, mumbling deliriously.

The group found he was suffering from symptoms of cerebral oedema, frostbite and dehydration, generally incoherent in his responses to offers of help. He was alone and hallucinating; without any of the proper equipment for survival in such conditions. Apparently Mr. Hall had collapsed the previous day on his way down from the summit.

The North Ridge is an inhospitable place. Besides being at 28,000 feet, it is located along a severe ridge line, dropping off 10,000 feet to one side and 7,000 feet to the other. Oxygen and proper equipment are virtually essential.

The rescuers replaced the hat, jacket and gloves Mr. Hall had discarded, anchored him to the mountain, and gave him their own oxygen, food and water. They radioed Hall's team, who had given him up for dead, and convinced them he was still alive and must be saved. (Mr. Hall's team leader had called his wife the night before to tell her that Hall was dead) The rescuers arranged for Sherpas from Mr. Hall's team to ascend and help with the rescue. For four hours, Mazur's team stayed to care for Mr. Hall. The rescuers gave up their summit to save Mr. Hall. Phil Crampton coordinated the rescue from the high camp at 26,000 feet, and Kipa Sherpa was the liaison to Lincoln Hall's team at advance base camp at 21,000 feet.

Extended stays at extreme altitude are risky even when planned in advance and when climbers have all the supplies they need. By using their own survival supplies to sustain Hall, they risked not having sufficient oxygen and food to support themselves on the way down, and going to the summit after so many hours spent helping Hall was out of the question. Staying there to care for Hall, they took a risk the weather would turn for the worse and inhibit their descent. 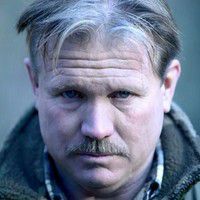 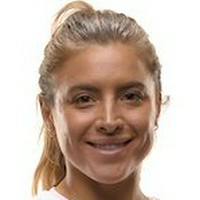 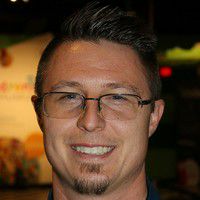 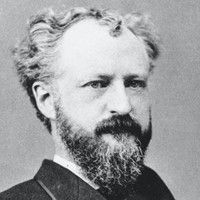