Daniel Maldini (born 11 October 2001) is an Italian footballer who plays as an attacking midfielder for Serie A club Milan.

Maldini was born in Milan, the second son of then A.C. Milan captain Paolo Maldini and Adriana Fossa, a model from Venezuela. His grandfather Cesare also captained Milan in the 1960s. His elder brother Christian played for Milan's youth teams and went on to play professionally at a lower level.

Daniel joined Milan's youth system in 2010, and over the following years he came through the various age-group teams, from the under-10 Pulcini to the under-19 Primavera. In the 2016–17 season, he was part of the squad that won the Under-16 National Championship (Campionato Nazionale Under-16), defeating Roma 5–2 in the final.

On 21 March 2020, it was confirmed that Daniel and his father both tested positive for COVID-19, amid its pandemic in Italy.

Maldini made his senior debut with Milan in a 1–1 Serie A home draw against Hellas Verona on 2 February 2020, coming on as an added-time substitute for Samu Castillejo.

Maldini won his first international cap for Italy at the under-18 level, in a 2–0 win against the Netherlands on 22 March 2019. Subsequently, he won two further caps for the under-19 side in the same year.

Although in his very early days Maldini played as a defender like both his father Paolo and grandfather Cesare, he soon started to be employed in offensive roles. Today he mainly plays as a free roaming attacking midfielder, a position that suits his playmaking ability, dribbling skills, ball control, and vision. 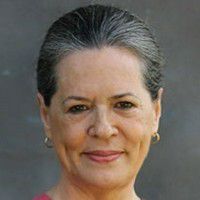