Daniel Kosakowski (born February 21, 1992) is a professional tennis player who was born in Huntington Park, CA. He played tennis for the University of California, Los Angeles and was named Pacific-10 Conference 2011 Freshman player of the year. He resides in Downey, CA.

Kosakowski spent the first two years of his professional tennis career playing in tournaments based in California, reaching the final of the USA F25 event in September 2010, eventually losing to Chris Guccione in straight sets. The following year, in June 2011, he won the USA F13 tournament, beating Steve Johnson, 6–4, 2–6, 6–3, in the final.

He played in the 2011 Farmers Classic as a qualifier and defeated Tim Smyczek, 2–6, 6–1, 6–3 in the first round. In the second round, he lost to the eventual tournament's singles champion Ernests Gulbis 2–6, 4–6.

In June 2012, Kosakowski travelled to Italy to play in his first professional tournament outside of the United States, competing as a qualifier in the 2012 Città di Caltanissetta. After beating Omar Giacalone in three sets in his first qualifier, Kosakowski knocked out both Philipp Oswald and Laurent Rochette to qualify for the First Round of the tournament. He beat Brazilian Thiago Alves in straight sets, before shocking third seed Frederico Gil, 6–3, 6–4, to progress to the Quarter Final of the event. He ultimately lost in the Quarter Final to fellow qualifier, Alejandro Gonzalez. 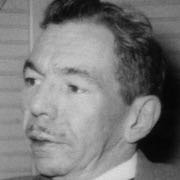