Daniel Kharitonov (Russian: Даниил Харитонов) (born 22 December 1998), also written as Daniil Kharitonov, is a Russian classical pianist. He was the youngest competitor in the piano division of the prestigious XV International Tchaikovsky Competition held in June 2015, and won the Third Prize and Bronze Medal. He was 16 and a half years old and in the 10th grade of high school at the time of winning, which made him the youngest piano laureate in the history of the International Tchaikovsky Competition after Grigory Sokolov. He was also the Grand Prix winner of the 1st Vladimir Krainev Moscow International Piano Competition (2015). Kharitonov studies at the Central Music School of Moscow Conservatory with Professor Valery Piasetsky.

Kharitonov was born in Yuzhno-Sakhalinsk, Sakhalin Island. His mother is a violinist and often took him to rehearsals and concerts. While still in infancy, Kharitonov displayed unusual gift for music as he could knock accurately like a metronome. Kharitonov started to play the piano at age 5 and entered the Secondary Special Music School in the city of Novosibirsk under the teaching of Yana Turich, an assistant of Professor Mary Lebenson. A year later, his 'phenomenal talent and huge interest in music' earned him a scholarship from the New Games Charitable Foundation and the invitation to study at the prestigious Central Music School of P.I. Tchaikovsky Moscow State Conservatory. He has been studying with Professor Valery Piasetsky, Honoured Artist of Russia, since 2009.

Kharitonov made his debut with an orchestra at age 7, playing a Mozart concerto. At the same age he became a Grand-Prix winner at the International Contest in Vienna and got an honorary title “Mozart - the Wunderkind”. In 2006, he won the First Prize at the Open International Competition of Piano Players and Groups in the Memory of S. Rachmaninov. In 2008, Kharitonov became a laureate of the Second Open Regional Competition of Young Performers “Concert with Orchestra” in Voronezh; in the same year he won the First Prize at the Moscow International Competition “New Names”. His stepping stone to broader fame was the 11th Television Competition "The Nutcracker", which took place in 2010, and he won the First Prize, the "Golden Nutcracker", as well as a special prize of the Russian TV station "The Culture". At the age of 11, having performed Rachmaninov's First Concerto with the orchestra “New Russia” conducted by Freddy Cadena, Kharitonov was awarded with the honorary title for the laureate of the orchestra prize. A special CD with recording of the performance has been released.

In March 2013, Kharitonov successfully performed in the Carnegie Hall in New York. American critics highly praised the young musician's performance. In the same year, Kharitonov was nominated for "National Pride of Russia" at age 14, along with figures of first magnitude: M. Plisetskaya, A. Netrebko, R. Shchedrin and S. Zakharova. On October 6, 2013, Kharitonov was given the great honour to be a torchbearer in the Ceremonial Welcome of the 2014 Sochi Olympic flame, which was held in the Moscow Kremlin. He was the fourth bearer and passed the torch to Diana Vishneva, ballet dancer and National Artist of Russia.

Kharitonov's favourite meal is Wiener Schnitzel and is a big fan of the football club Barcelona. He enjoys reading and his favourite motto is "To strive, to seek, to find and never to yield".

Below is Kharitonov's repertoire in the 2015 XV International Tchaikovsky Competition: 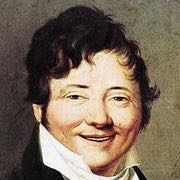