Daniel Ek (born 21 February 1983) is a Swedish billionaire entrepreneur and technologist. Ek is best known as the co-founder and CEO of the music streaming service Spotify.

Ek grew up in the Rågsved district of Stockholm, Sweden.

Ek graduated high school from IT-Gymnasiet in Sundbyberg in 2002, and subsequently studied engineering at the KTH Royal Institute of Technology before dropping out to focus on his IT career.

Ek's first foray into the business world began at age 13 when he started a business making websites for clients from his home. He charged the first client $100, but then charged the next client who asked $200. Eventually, he started charging $5,000 per website. To help expand the business, Ek recruited students from his class to work on the websites from the school computer lab by bribing them with video games. His earnings eventually reached $50,000 per month and by age 18 he was managing a team of 25. Ek's parents started to notice his earnings once he started bringing home large TVs.

Ek later served in a senior role at Nordic auction company Tradera which was acquired by eBay in 2006. Ek also served as the CTO of browser based game and fashion community Stardoll. Ek later started another company Advertigo, an online advertising company. Advertigo sold to TradeDoubler in 2006. After selling Advertigo, Ek briefly became the CEO of μTorrent, working with μTorrent founder Ludvig Strigeus. This ended when μTorrent was sold to BitTorrent on December 7 of 2006. Strigeus would later join Ek as a Spotify developer.

The sale of Advertigo as well as his previous work made Ek wealthy enough that he decided to retire. However, after a few months Ek realized that money was meaningless without a project he was passionate about which led to the founding of Spotify. Ek first had the idea for Spotify in 2002 when peer-to-peer music service Napster shut down and another illegal site Kazaa took over. Ek said he "realised that you can never legislate away from piracy. Laws can definitely help, but it doesn't take away the problem. The only way to solve the problem was to create a service that was better than piracy and at the same time compensates the music industry – that gave us Spotify."

Ek incorporated Spotify AB with Martin Lorentzon in Stockholm, Sweden in 2006. Lorentzon had previously worked at and co-founded TradeDoubler which had acquired Ek's previous company Advertigo. In October 2008, the company launched its legal music streaming service Spotify. Initially, Spotify ran on a peer-to-peer distribution model, similar to uTorrent, but switched to a server-client model in 2014. Ek serves as CEO of Spotify. In October 2015, Spotify Co-Founder Martin Lorentzon announced he would be stepping down as Chairman and Ek would be taking over alongside his current role as CEO. As of April 2019, Spotify has 217 million active users and as of June 2017 had raised over $2.5 billion in venture funding.

In 2017, Daniel Ek was named as the most powerful person in the music industry by Billboard.

In 2016, Ek and fellow Spotify co-founder Martin Lorentzon wrote an open letter on the blogging platform Medium to the Swedish government saying that if certain changes to Swedish law regarding housing, taxation, and education are not made Spotify will be forced to re-locate from the country. More specifically, Ek claims that the high taxes in Sweden on stock options makes it difficult to incentivize programmers to work at startups when startups have trouble competing with larger companies on salary. Moreover, Ek claims Swedish permitting policy is overly restrictive limiting the supply of affordable housing.

In 2016, Ek married Sofia Levander, his longtime partner, at Lake Como. At Ek's wedding, Bruno Mars was invited to perform and Chris Rock officiated; he invited numerous guests, including Mark Zuckerberg. Ek and his wife have two children together.

It was reported in 2016 that Ek owns approximately $825 million of Spotify, when it was valued at $8 billion. Spotify has since been valued at $16 billion, which would put Ek's share at $1.6 billion, assuming he has not sold any of his stake.

The contents of this page are sourced from Wikipedia article. The contents are available under the CC BY-SA 4.0 license.
View Daniel Ek 's image gallery
Image Gallery 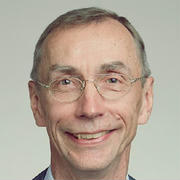