Before Junior Eurovision, she won the fourth season of The Voice Kids Ukraine and was a finalist in Children's New Wave 2015. In 2019, she took part in The World's Best, representing her country alongside Dimash Kudaibergen.

Daneliya Tuleshova was born in 2006 in the capital of Kazakhstan, Astana (now Nur-Sultan) to Elena Tuleshova and Alexander Tuleshov, both originating from mixed Kazakh and Tatar families living in current Kazakhstan for years. She has two younger siblings.

After recovering from an injury at the age of four, she began practicing ballroom dancing. She also took contemporary dance classes in Almaty and simultaneously attended acting and singing classes. In late 2018, she was a sixth grader at the school Lyceum 56 where she focused on mathematics. Although Daneliya was born in Nur-Sultan, she said (in an interview with Kazakh video producer Rauana Kokumbaeva that was put on YouTube in February 2019) that her hometown is the city of Almaty.

At the age of eight, she was spotted by the organizers of the Kazakh singing competition Ayaglagan Astana, the selection round for the famous Children's New Wave, an international contest for young performers held annually in Russia. In 2015, Daneliya won the competition and reached the finals of Children's New Wave, where she won the Audience Award.

In January 2017, Tuleshova took part in the international singing competition, Hopes of Europe, where she won the grand prize. Later that same year, she auditioned for season 4 of The Voice Kids Ukraine. During the Blind Auditions, she performed Demi Lovato's song "Stone Cold". All three coaches; Monatik, Natalia Mohylevska and Vremya i Steklo, "turned their chairs" for her; she chose Monatik. After passing all the stages, she made it to the grand final. There, she performed the song "Ne tvoya viyna" and was ultimately announced as the winner of the competition. At the time, she was the first non-Ukrainian to win, but in 2019, Georgian singer Oleksandr Zazarashvyli won the fifth season.

In March 2018, Tuleshova won the Glimpse into the Future Award at the first International Professional Music Premium Bravo Awards in Moscow. After receiving her award, alongside French singer Zaz, she performed "Je veux".

On 22 September 2018, she was selected to represent Kazakhstan in the Junior Eurovision Song Contest 2018 in Minsk, Belarus with the song "Ózińe sen", written by Tuleshova, Artyom Kuz'menkov and Kamila Dairova and composed by Ivan Lopukhov. In the final, she performed third, following Portugal's Rita Laranjeira and preceding Albania's Efi Gjika. At the end of the voting she had received 171 points, 68 points from the international juries and 103 points from the public vote, and finished in sixth place. An English version of "Ózińe sen", titled Seize the Time, was released on 21 October 2018.

In 2019, Tuleshova auditioned for the American TV talent show The World's Best, performing the song Rise Up, originally performed by Andra Day. In the battle rounds, she beat Japan's Manami Ito to qualify to the champion rounds. There, she performed "What About Us" but was ultimately eliminated from the competition, placing in the top 8.

The contents of this page are sourced from Wikipedia article on 08 Feb 2020. The contents are available under the CC BY-SA 4.0 license.
View Daneliya Tuleshova 's image gallery
Image Gallery 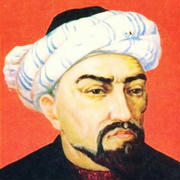