Dan Schneider (born 1965) is an American poet and critic of literature and film, who runs the criticism and literary website Cosmoetica.

Schneider was born in 1965 to an unmarried Minnesota mother. Given up for adoption in New York City, Schneider grew up with a working-class family in the Glendale-Ridgewood neighborhoods of Queens. According to his memoir and press accounts, at age six Schneider witnessed a murder, the first of many. During high school, Schneider was a gang member.

When Schneider was in his mid-20s, he moved to Minnesota to learn more about his biological family. While living in the Twin Cities, Schneider became involved in local poetry readings and poetry slams. Schneider became known for his poetry, ability to critique others, and criticism of academic-style poetry, what he called the incestuous nature of poetry, where writers praised each other's works in a self-promotional cycle.

This latter quality made him controversial. In one reported instance, Schneider attended a poetry reading by Robert Bly. During the question-and-answer session, Schneider asked why Bly was "such a lousy poet." Schneider followed this by quoting from an essay Bly once wrote on Robert Lowell, in which Bly talked about the younger generation needing to destroy the old, and how trees needed to burn to save the forest. Schneider said that's what he wanted to do for poetry.

In 1999, the alternative newspaper City Pages printed a cover story about Schneider focused on his attempts to change what he saw as the incestuous nature of the Twin Cities' poetry scene. Many readers, including established poets from the area, responded to the article, with most of the poets condemning Schneider and most general readers praising his honesty.

In recent years, Schneider has focused his energy on his website, Cosmoetica, founded in 2001. In 2007, Ranking.com ranked Cosmoetica in the top half million literary websites. Essays and reviews published on the site have been reprinted or referenced in a number of books, including The Creative Writing MfA Handbook, Contemporary Fiction: The Novel Since 1990, and other books. Poet Al Rocheleau said that the site has "a clearly anti-establishment take on the academic poetry scene, as well as fearless, brilliant assessments of many poets, including the famous, with which you may or may not agree."

Schneider wrote a multi-volume memoir titled True Life. Sections of this memoir, along with other of his writings, have been published in a number of print and online magazines, such as The Manifest, 10,000 Monkeys, and the Dublin Quarterly.

In late 2006 Schneider further expanded his website to include an all film subsite called Cinemension. Schneider has published his film reviews in a number of online publications. His reviews are also aggregated on Rotten Tomatoes.

Schneider's film criticism has been praised by Roger Ebert, who called him a "considerable critic".

The Robert L. Solley Curator of Prints and Drawings at the Yale University Art Gallery 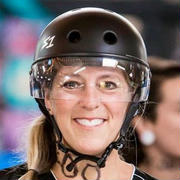