Daniel George Neumeier (born March 9, 1948) is a retired American professional baseball pitcher who appeared in three games in Major League Baseball, all in relief, for the 1972 Chicago White Sox. Born in Shawano, Wisconsin, he graduated from Gresham High School and attended the University of Wisconsin at Oshkosh. He threw and batted right-handed, and was listed as 6 feet 5 inches (1.96 m) tall and 205 pounds (93 kg).

Neumeier's seven-year pro baseball career began when the White Sox selected him in the third round of the 1968 Major League Baseball Draft. Previously, he was drafted by the Washington Senators, but did not sign with them. Neumeier was recalled by Chicago after the 1972 minor-league season and worked a total of three innings, allowing three hits, three bases on balls and three earned runs. He did not get a decision or a save.

The following year, on December 4, he was traded to the Houston Astros for infielder Héctor Torres, and he split 1974 between the Triple-A affiliates of the Astros and San Diego Padres before leaving the game.

The contents of this page are sourced from Wikipedia article on 16 May 2021. The contents are available under the CC BY-SA 4.0 license.
comments so far.
Comments
From our partners
Sponsored
Reference sources
References
http://www.baseball-almanac.com/players/player.php?p=neumeda01
https://www.baseball-reference.com/players/n/neumeda01.shtml
Trending today in 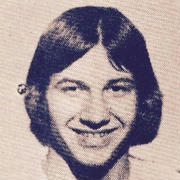