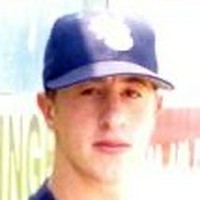 He was drafted in the 6th round of the 2007 amateur entry draft by the Milwaukee Brewers. Merklinger made his professional debut that season playing for the Rookie League Helena Brewers. After playing the entire 2008 season with the Class A West Virginia Power, he split the 2009 season between the Class A Wisconsin Timber Rattlers and the Class A-Advanced Brevard County Manatees.

Merklinger played the majority of the 2010 season with Brevard County, but he also pitched in one game for the Double-A Huntsville Stars and was promoted to the Triple-A Nashville Sounds for the last week of the season. Merklinger then was elected to pitch in the prestigious Arizona Fall League where he was among the league leaders in ERA and strikeouts. Merklinger was then placed on the Milwaukee Brewer's 40-man roster in the Fall of 2010.