Dan McCauley is a major share holder of Sutton Harbour Holdings plc, in which he currently holds a 30% stake. Ranked at 723 on The Times "Rich List 2004" for the UK, his main source of wealth is the company Rotolok Holdings plc which is based in Tiverton.

McCauley was formerly chairman of Plymouth Argyle F.C. when he presided over what most supporters consider the darker years of Argyle's recent history, to the extent that he and his family received several death threats from extremely aggrieved Argyle supporters. In 1995, he purchased Drake's Island in Plymouth Sound with the intention of turning it into a hotel. 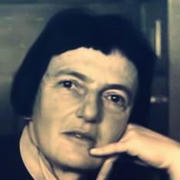 English Member of Parliament of the 15th century