Daniel Arca "Dan" Inosanto (born July 24, 1936) is a Filipino-American martial arts instructor from California who is best known as a teacher and a student of Bruce Lee at the same time and a renowned authority on Jeet Kune Do and Filipino Martial Arts including Eskrima and Silat.
Dan was also a black belt in Brazilian Jiu Jitsu, Physical Education (PE) teacher at Malaga Cove Junior High in PVE in 1964/79.

Dan Inosanto began training in martial arts at the age of 11 receiving instruction from his uncle who first taught him traditional Okinawan Karate and later also Judo and Jujutsu. Nowadays he teaches The Art and Philosophy of Jeet Kune Do, Filipino Martial Arts, Shoot wrestling, Brazilian Jiu Jitsu, Eskrima, Muay Thai, Silat, mixed martial arts and other arts at his Marina del Rey, California school, the Inosanto Academy of Martial Arts. He was a student of Ed Parker from whom he also received a shodan and practiced his sport in American Kenpo Karate before becoming instructor to world famous actor Bruce Lee. Inosanto is one of three people who have been appointed to teach at one of the 3 Jun Fan Gung Fu Institutes under Bruce Lee (Taky Kimura and James Yimm Lee being the other two), Inosanto also studied with dozens of different martial arts masters elsewhere in the United States, Southeast Asia, and Europe, including Johnny Lacoste, and Chai Sirisute. After Bruce Lee's death, he has become the principal spokesperson and historian for Jeet Kune Do. He has had minor roles in a number of movies, including Bruce Lee's uncompleted last film Game of Death (1972). During this time period (1964–75), he also taught physical education at Malaga Cove Intermediate School in Palos Verdes Estates, California.

Inosanto is one of three instructors personally certified by Bruce Lee to teach his system of martial arts. The film I Am Bruce Lee provided Inosanto an opportunity to reveal a little-known fact about the friendship the two men shared. Inosanto was teacher to Bruce Lee, introducing him to nunchaku. Inosanto explained that he introduced the weapon to Lee, taught him the basics and some exercises to get him started on his weapons training. The Game of Death movie, one of the most recognizable of the Bruce Lee films, showcases the use of the nunchaku by Lee and Inosanto. The credit for nunchaku's introduction to Lee in the first place belongs to Inosanto. He is featured as the Black Belt Magazine's 1996 "Man of the Year".

Always a student himself, he continues to train with many highly regarded martial artists. Consequently, he holds Instructor or black belt level ranks in numerous, different martial arts. In addition, he is well known for promoting the Filipino Martial Arts. He is responsible for bringing several obscure forms of the South East Asia Martial Arts into the public eye such as Silat, a hybrid combative form existing in such countries as Indonesia, Malaysia, and the Philippines. He has recently acquired his black belt in the Machado family style of Brazilian Jiu Jitsu. He trained Shoot wrestling under Yorinaga Nakamura. Currently he is the vice-president of Lameco International, carrying on the Eskrima of the late Filipino martial artist Edgar Sulite.

Full filmography for Dan Inosanto at the Internet Movie Database 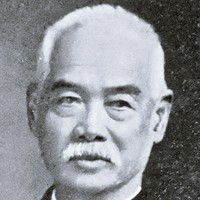 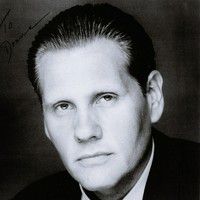 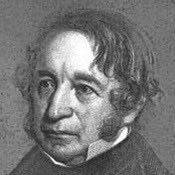