Dan Golding is an Australian writer, composer, broadcaster, and academic. He holds a PhD from the University of Melbourne, and is currently a lecturer in media and communication at Swinburne University of Technology in Hawthorn, Australia.

Golding is the author of Star Wars After Lucas, and the co-author of Game Changers. Golding and his work has been featured on The Conversation, BoingBoing, Australian Broadcasting Corporation, and in Wired. His 2019 book, Star Wars after Lucas: A Critical Guide to the Future of the Galaxy, was reviewed on The Verge and in Leonard. As a writer, Golding won the Lizzie for Best Games Journalist at the 11th Annual IT Journalism Awards for work published with Crikey.

Golding was the director of Australia's Freeplay Independent Games Festival from 2014-2017, and from 2006-2009 was a member of The Dili Allstars.

Golding is the host of the weekly Screen Sounds program on ABC Classic radio, He is a co-host of the Art of the Score podcast. He has created video essays about film music, including A Theory of Film Music in response to a video by Every Frame a Painting. The dialogue between the two was described by Fandor as "an extraordinary case study in how popular video essayists and academically trained scholars can bring out the best from each other". 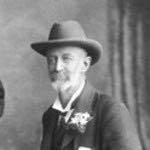