Daniel Gilbert (born January 17, 1962) is an American businessman, investor, and philanthropist. He is the cofounder of Quicken Loans and founder of Rock Ventures. He is the owner of the National Basketball Association's Cleveland Cavaliers. Gilbert owns several sports franchises, including the American Hockey League's Cleveland Monsters, and the NBA G League's Canton Charge. He operates the Rocket Mortgage FieldHouse in Cleveland, Ohio, home to the Cavaliers and Monsters.

Gilbert is the chairman of JACK Entertainment (formerly Rock Gaming), which opened its first Horseshoe Casino (now JACK Cleveland Casino) in downtown Cleveland in May 2012.

Gilbert was born to a Jewish family in Detroit, Michigan. He grew up in Southfield, Michigan, where he attended Southfield-Lathrup High School. He earned his bachelor's degree from Michigan State University and a Juris Doctor from Wayne State University Law School, and is a member of the State Bar of Michigan. While in college he earned a real estate agent's license and while in law school, he worked part-time at his parents' Century 21 Real Estate agency.

Gilbert, recognizing that the real potential was in originating mortgages and not in selling homes, founded Rock Financial in 1985 with his younger brother Gary Gilbert. The company grew into one of the largest independent mortgage lenders in the United States and in the late 1990s, launched its internet strategy and quickly positioned itself as the fastest-growing direct mortgage lender online. In the fourth quarter of 2017, the company became the largest retail mortgage lender by volume in the United States.

In 2000, software maker Intuit Inc. purchased Rock Financial. It renamed the national web operation Quicken Loans and grew substantially as the leading provider of direct-to-consumer home loans on the internet, offering mortgages in all 50 states. Gilbert remained at the company as CEO. In 2002, he led a small group of private investors that purchased Quicken Loans and its affiliated national title company, Title Source, Inc., from Intuit and continues to serve as the chairman of Quicken Loans, Inc.

In 2010, Quicken Loans moved its headquarters and 1,700 of its employees to downtown Detroit. After moving all 3,600 Michigan-based team members into Detroit's urban core by the end of 2010, the company now has approximately 17,000 staff in downtown Detroit and a total of 24,000 nationwide, making the company one of Detroit's largest employers, minority employers, and taxpayers.

In 2011, Gilbert purchased the New Mexico Thunderbirds from what was then the NBA Developmental League (now called the G League), and moved them to Canton, Ohio (about an hour drive south of Cleveland) renaming them the Canton Charge, and making them the Cavaliers' affiliate.

Gilbert received national attention July 8, 2010, when NBA basketball superstar and northeast Ohio native LeBron James announced that he was leaving the Cavaliers for the Miami Heat on a highly criticized ESPN television special dubbed The Decision. Following the special, Gilbert published an open letter in Comic Sans font (dubbed nationally as "The Letter" as a counterpoint to The Decision) to Cleveland Cavaliers fans in which he strongly criticized how James made his announcement. On July 12, 2010, NBA Commissioner David Stern fined Gilbert $100,000 for his remarks in the letter. Gilbert has since regretted the open letter, which he wrote in 45 minutes when emotions were running high, and it was taken down from the team website after a few weeks but remained widely available on the Internet. Though some members of the media criticized Gilbert for this letter, many Cleveland Cavaliers fans embraced him for it and even offered to pay the fine. Gilbert instead insisted on donating the money to charity.

Four years later when James opted out of his contract with Miami, Gilbert and James met privately. Gilbert apologized to LeBron for the open letter, stating "LeBron, we had five good years together and one bad night; like a marriage that's good and then one bad thing happens and you never talk to each other again." James also expressed his regret to Gilbert about The Decision. The two embraced, and James subsequently returned to Cleveland in free agency days later. James explained his homecoming to Cleveland in his Sports Illustrated announcement writing "I've met with Dan, face-to-face, man-to-man. We've talked it out. Everybody makes mistakes. I've made mistakes as well. Who am I to hold a grudge?"

Later, in 2017 James revisited the letter, commenting in GQ magazine he felt the letter had racial overtones. And in an interview with Uninterrupted, James described the letter as disrespectful..

Other businesses and investments

Gilbert is also an investor in Courtside Ventures, a venture capital fund investing across early stage technology and media companies with a focus on sports and a founding partner of Detroit Venture Partners (DVP), a venture capital firm that funds start-up and early-stage technology companies based primarily in Detroit. Some of the companies DVP has invested in includes, LevelEleven, iRule and Marxent Labs.

In addition, Gilbert recently cofounded StockX, a stock market of things for high-demand, limited edition products such as sneakers. Gilbert is also invested and involved in the operation of several consumer-based technology-centered businesses, including Fathead, Veritix, Xenith, StyleCaster and Quizzle.

Gilbert launched Bizdom in 2007. Today, this non-profit promotes both tech and brick-and-mortar entrepreneurship in Detroit and Cleveland by supporting on-the-ground service providers, as well as leveraging its connections with Quicken Loans and the Rock Ventures Family of Companies to accelerate the growth and development of small businesses.

In November 2009, Gilbert and a group of partners successfully backed a statewide referendum to bring casino gaming to Ohio's four largest cities. Through a joint venture with Caesars Entertainment Corporation, the groups operate urban-based casinos in both Cleveland and Cincinnati. The first of the casinos, Horseshoe Cleveland, opened in May 2012. In 2013, Rock Ventures, the umbrella entity for Gilbert's investments and real estate holdings, announced it had formed Athens Acquisition LLC, an affiliate of Rock Gaming, and acquired the majority interest in Greektown Superholdings Inc., owner of the Greektown Casino-Hotel located in downtown Detroit. In late 2018, Gilbert bought the online dictionaries, Dictionary.com and Thesaurus.com.

According to professional Call of Duty player Matthew "Nadeshot" Haag, Gilbert has made a multimillion-dollar investment into Nadeshot's eSports team called 100Thieves.

Quicken Loans moved its headquarters and 1,700 of its team members to downtown Detroit in August 2010, where Gilbert and the company are helping lead a revitalization of Detroit's urban core. Today, Gilbert-owned businesses employ more than 17,000 people in the city.

In September 2013, Gilbert was named co-chair of the Blight Removal Task Force. The group, appointed by the Obama Administration, published a detailed plan in May 2014 to remove all blighted structures and lots in the City of Detroit.

Gilbert has been cited as a leader in downtown Detroit redevelopment initiatives. A 2017 Politico Magazine article named Gilbert one of "America's 11 Most Interesting Mayors", listing him as though he were Mayor of Detroit due to his role in the city's development.

Gilbert's eldest son was born with neurofibromatosis. Gilbert established two Neurofibromatosis research clinics at the Children's National Medical Center (CNMC) in Washington, D.C. and at the Dana Children's Hospital at the Sourasky Medical Center in Tel Aviv, Israel. Gilbert also serves on the boards of the Children's Tumor Foundation, the Cleveland Clinic, and the Children's Hospital Foundation (an affiliate of CNMC); and is the vice chairman of the not-for-profit M-1 RAIL initiative which is dedicated to promoting light-rail transportation in downtown Detroit.

Gilbert resides in Michigan with his wife Jennifer Gilbert and their five children. His wife serves on the Gilbert Family Neurofibromatosis Institute at Children's National Medical Center in Washington, D.C. and also serves on the boards of ORT America and the Israeli and Overseas Committee of the Jewish Federation of Metropolitan Detroit. It was reported that on May 26, 2019, Dan Gilbert was taken to the hospital and was treated for a stroke at the age of 57.

Gilbert's companies have achieved the following accolades under his watch:

The contents of this page are sourced from Wikipedia article on 06 Jun 2020. The contents are available under the CC BY-SA 4.0 license.
View Dan Gilbert 's image gallery
Image Gallery 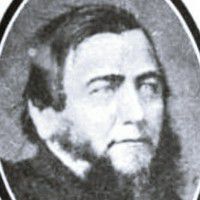