Damon Darron Jones (born August 25, 1976) is an American professional basketball coach and former player who was an assistant coach for the Cleveland Cavaliers of the National Basketball Association (NBA).

A combo guard, he played college basketball for three years with the University of Houston Cougars before declaring early for the 1997 NBA Draft, but he went undrafted. After his playing career ended, Jones joined the Cavaliers coaching staff.

Jones played for the Ball High School Golden Tornadoes basketball team. He went on to the University of Houston after his graduation in 1994.

Jones was most notable for his ability to make three-point field goals. In fact, three-point attempts made up the majority of his field goal attempts because his role was often to wait on the outside while teammates such as Shaquille O'Neal, Dwyane Wade or LeBron James forced double teams. Jones was supremely confident of his shot, once proclaiming that he is "the best shooter in the world."

In 15 playoff games, Jones averaged 12.1 points and 4.0 assists, and shot 42.9% from three-point range. He had a career playoff high of 30 points with seven three-point field goals made in Miami's first game of the first round against the New Jersey Nets. Jones scored in double digits during 10 of Miami's 15 playoff games.

In the 2006 NBA Playoffs, Jones played in 13 games, averaged 1.8 points and hit 27.8% of his three-pointers. He had a playoff high 8 points in a game four Eastern Conference Semifinal win against the Detroit Pistons.

On May 5, 2006 Jones came off the bench late in Game 6 of the Cavs' Eastern Conference first-round series against the Washington Wizards. In his first minute of the game action, in overtime, he hit the game-winning shot to clinch the series four games to two, and sent the Cavs into the second round of the NBA Playoffs for the first time since 1993.

Jones was selected to participate in the Three-Point Shootout during the 2007 All-Star Weekend in Las Vegas, Nevada. Jones finished in fifth place.

In the 2007 NBA Playoffs, Jones played in 11 games, averaged 2.4 points and hit 31.8% of his three-pointers. He had a playoff high 9 points on three three-point field goals in a game one NBA Final loss to the San Antonio Spurs.

Jones played in 68 regular season games (three starts) for the Cavaliers. He averaged 6.4 points and 1.9 assists and shot 41.7% from three-point range. Jones had a season-high 27 points on a season-high seven three-point field goals in a February 22, 2008 short-handed Cavs victory over the Washington Wizards.

On December 28, 2007, it was revealed that the Cavaliers fined Jones and Ira Newble an undisclosed amount of money for refusing to come off the bench during the final minute of their Christmas Day win over the Miami Heat.

On August 13, 2008, Jones was traded to the Milwaukee Bucks in a three-team, six-player deal involving the Bucks, the Cleveland Cavaliers, and the Oklahoma City Thunder that also sent Milwaukee's Mo Williams to Cleveland, Cleveland's Joe Smith and Milwaukee's Desmond Mason to Oklahoma City, and Oklahoma City's Luke Ridnour and Adrian Griffin to Milwaukee.

On March 29, 2010, Jones signed with the Piratas de Quebradillas of the Puerto Rico Basketball League. However, on April 13 he was released, after averaging only 10.7 points in four games played.

In February 2011 he signed with Aliağa Petkim in Turkey, but didn't pass the physical fitness test and was released.

After a stint with the Reno Bighorns of the NBA Development League (NBA D-League), Jones retired from playing in 2012.

In 2014, Jones became a part of the coaching staff for the Cleveland Cavaliers with the title of "shooting consultant," working with both the Cavaliers and their NBADL affiliate the Canton Charge. During the 2015-16 season, Jones served as an assistant coach with the Charge.

In April 2016, Cavaliers head coach Tyronn Lue added Jones to his coaching staff for the 2016 NBA playoffs. In September 2016, Jones was promoted to the full-time role of assistant coach for the Cavaliers. In March 2018, Cavaliers shooting guard J.R. Smith threw a bowl of soup at Jones and was suspended for one game by the team. 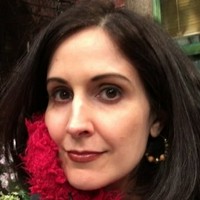 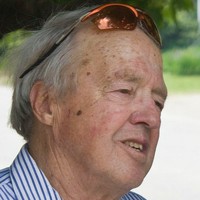 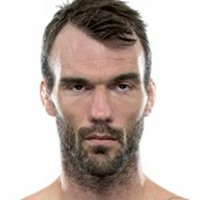