Dalton Sargeant (born March 25, 1998) is an American professional stock car racing driver. He currently competes full-time in the ARCA Racing Series, driving the No. 77 Ford Fusion for Cunningham Motorsports. Sargeant was named the 2016 ARCA Rookie of the Year.

Sargeant began his career at age nine, racing karts as well as bandoleros, with dreams of pursuing both a stock car and open wheel career. In 2012 at the age of 13, Sargeant and his brother moved to Switzerland to compete in European open wheel series. He scored wins in the WSK Euro Series and the CIK-FIA European KF3 Championship, and tested a Formula Renault car.

After returning to the United States in 2014, Sargeant competed in late models for Lee Pulliam Performance and Wauters Motorsports, scoring several victories including one at Orange County Speedway. In 2014, he scored a victory in the IMSA Cooper Tires Prototype Lites series at Sebring International Raceway.

Sargeant finished second in the Snowball Derby in December 2014, placing runner up to John Hunter Nemechek. In January 2015, Sargeant planned to compete in the 24 Hours of Daytona in the TUDOR United SportsCar Championship, but was declined his competition license by race organizers due to his age and inexperience with sports cars. The race requires that all drivers are 17 years old, while Sargeant was 16 at the time, though exceptions had been made in the past.

For 2015, Sargeant signed with HScott Motorsports to drive the No. 51 Chevrolet SS in the NASCAR K&N Pro Series East, with sponsorship from GALT. He debuted in the series in February 2015 at New Smyrna Speedway with a second-place finish. Sargeant also ran part-time in the K&N Pro Series West, where he scored a victory in the season's first race. In May, Sargeant was named to the 2015 NASCAR Next class. On August 12, 2015, Sargeant announced he would make his Camping World Truck Series debut at the UNOH 200 at Bristol Motor Speedway for Wauters Motorsports.

Sargeant competed in the ARCA Racing Series during the 2016 season. He ran 15 races with one win, ten Top 5, and twelve Top 10. He was named the 2016 ARCA Rookie of the Year.

Sargeant was born in Boca Raton, Florida. He has a brother Logan, who currently races in Europe. 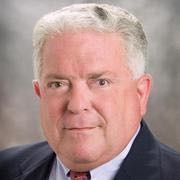