Dalton Caldwell (born February 27, 1980) is a technologist and digital music entrepreneur. He is the founder and Chief Executive Officer of Mixed Media Labs. He currently works as a partner at Y Combinator.

Born in El Paso, Texas, Caldwell graduated from Stanford University in 2003 with a B.S. in Symbolic Systems and a B.A. in Psychology.

After graduation, Caldwell worked briefly for VA Linux (where he had previously worked as a summer intern) before founding imeem in late 2003 with Stanford classmate (and ex-Napster engineer) Jan Jannink.

Having raised over $50 million from investors including Sequoia Capital, imeem was one of the world’s largest music streaming services until it was bought and effectively shut down by MySpace.

Mixed Media Labs, founded in 2010, is a start-up whose first product is picplz, a photo broadcasting application for iPhone and Android mobile devices. The apps let users add effects to their images for free. Current effects include "Instant Film," "Russian Toy Camera," "the 70s" and "High Contrast Monochrome.” Caldwell says the effects are non-destructive, as picplz uploads both a copy of the original photo as well as the one with the applied filter.

In October 2010, Caldwell spoke at Y Combinator’s Startup School event at Stanford University about the failures of imeem and of the challenges still facing the music industry. At the event, Caldwell delivered a cautionary message for entrepreneurs interested in music startups. Caldwell criticized major music labels for holding too much power, focusing mainly on the industry’s licensing deals for content. He said that the current state of the industry made success for startups bleak.

While some commentators praised Caldwell for his harsh but realistic insight on the digital music startup industry, many critics (notably David Hyman, CEO and founder of MOG) felt that the lessons learned from Caldwell’s experience with imeem did not accurately portray the industry as a whole.

Caldwell described a negative experience he had as a Facebook developer, and announced that he was starting a new network, App.net, through Mixed Media Labs. It is designed to be similar to Twitter, but have no advertising, instead relying on user and developer subscriptions. They began directly crowd funding it on July 13, 2012, with a goal of $500,000 and about 10,000 backers.

On May 6th, 2014, Caldwell announced the service has not seen sufficient subscriptions to support any full time employees and that it will remain online but without plans for enhancements or improvements. In addition, Caldwell reported the Developer Incentive Program, which gives developers who build apps using App.net a share of the company's revenue, will be terminated. 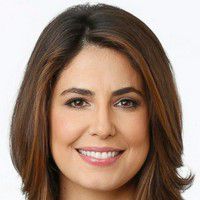