Dale E. Morey (December 1, 1918 – May 14, 2002) was an American amateur golfer and professional basketball player. In basketball, he played in the National Basketball League for the Anderson Duffey Packers during the 1946–47 season. In golf, he won 261 tournaments and made nine holes-in-one in his career.

Morey played college basketball at Louisiana State University (LSU) between 1939 and 1942. Morey then took over as head coach of the team after graduating in 1942 because then-head coach Harry Rabenhorst was called into military service during World War II. He posted a 28–19 overall record in his two seasons as LSU coach. Several years later, Morey played professionally. In 1946–47 he suited up for the Anderson Duffey Packers in the National Basketball League, and in 1947–48 he played for the Louisville Colonels in the Professional Basketball League of America.

Morey had a long amateur golf career. He turned professional for a time, but later had his amateur status reinstated. He played college golf at LSU where he was a three-time All-American and helped the LSU team to NCAA titles in 1940 and 1942. He won several top amateur events: the Southern Amateur in 1950 and 1964, the Western Amateur in 1953, the Azalea Invitational in 1960, the North and South Amateur in 1964, the Mexican Amateur in 1968, and the Mid-Atlantic Amateur in 1972. Morey finished runner-up to Gene Littler in the 1953 U.S. Amateur, held at the Oklahoma City Golf & Country Club, losing on the final hole. Morey courageously rallied by winning the 16th and 17th holes with successive birdies to tie the match, however he found a greenside bunker at the 18th hole and blasted out 15 feet from the pin. Littler sank a 20-foot birdie putt to win.

He played on the winning Walker Cup teams in 1955 and 1965, the Americas Cup team in 1954 and 1965, and the Eisenhower Trophy team in 1964. Morey also won many state titles against both amateurs and professionals: Indiana Amateur (four times), Indiana Open (four times), North Carolina Amateur (twice), and North Carolina Open (once). His amateur career extended into senior years, winning the U.S. Senior Amateur twice, 1974 and 1978, and finishing runner-up in 1981. He also won the U.S. Senior Golf Association Championship three times, the American Seniors five times, as well as the International Seniors and the British Senior Amateur. He also held executive positions in several golf associations including the Indiana Golf Association, Carolinas Golf Association, and Southern Golf Association.

The contents of this page are sourced from Wikipedia article on 12 Jul 2020. The contents are available under the CC BY-SA 4.0 license.
View Dale Morey 's image gallery
Image Gallery 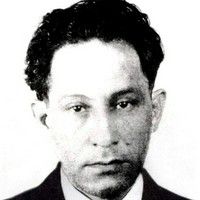 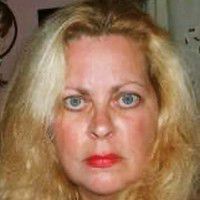