Leon Golzmann or as he was more commonly known, Dajos Béla (19 December 1897 – 5 December 1978), was Russian jazz violinist and band-leader.

Golzmann was born in Kiev, now part of the Ukraine, of a Russian father and Hungarian mother. He served as a soldier during World War I, after which he studied music in Moscow. He then continued his studies in Berlin, where he started playing in local venues. He was contacted by Carl Lindström AG to make recordings and started his own salon orchestra, at which period he changed his name to the more Hungarian-sounding Dajos Béla, Hungarian or Romanian music then being popular in Germany. Along with those of Paul Godwin and Marek Weber, his orchestra became one of the most popular in Germany and gained a high reputation abroad. He played a range of music, but for jazz music often recorded under different names, such as The Odeon Five, Mac’s Jazz Orchestra and the Clive Williams Jazzband.

As soon as the Nazis came to power in Germany in 1933 Béla, who was Jewish, started touring abroad. In 1935 he travelled to Buenos Aires, where he remained for the rest of his life. He died in La Falda, Argentina, in 1978.

Among the many musicians who played with him or in his orchestra were the pianist and composer Franz Grothe, the jazz-musicians Rudi Anhang [de] and Kurt Hohenberger, the singers Rex Allen, Paul O’Montis [de] and Henri René, banjo-player Mike Danzi and accordionist Will Glahé, composers Wilhelm Grosz and Willy Engel-Berger [de], and actors Marta Eggerth and Max Hansen.

In addition, he made around 70 records with the tenor Richard Tauber (1891-1948) as violin soloist or orchestra director. 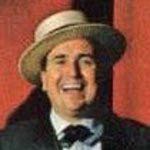 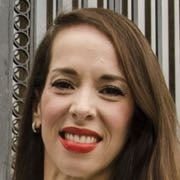