Daisy Earles (April 29, 1907 – March 15, 1980) was a German dwarf who migrated to the United States in the early 1920s. She worked in Hollywood films in California and later toured with circus companies. Her three dwarf siblings worked with her and were known as The Doll Family as they looked like dolls. Daisy Earles was blonde, pretty, and tall compared to her other dwarf sisters, and had a very well proportioned figure for which she earned the epithet of a "miniature Mae West". Her circus acts with her siblings was as "parade performers".

Daisy Earles was born Hilda Emma Schneider on April 29, 1907 in Stolpen, Germany. Her parents were Emma and Gustav Schneider. They had seven children, four of them were of less than average height who migrated to the United States. The three others of average heights remained in Germany. They were encouraged by their father to work in the entertainment field taking advantage of their "hypopituitary" midget status. Earle's brother Kurt and sister Frieda were the first to migrate to California in 1916 after they had met Bert W. Earles and his wife, who became their agents. The Earles had toured with the Dancing Dolls family prior to their joining films and acting with new names. They changed their names to Harry and Grace to act in films and they adopted the surname "Earles" of their manager. Their first dance appearance was for the Buffalo Bill Show in the roles as "Hans and Gretl" for which they were hailed as the "Smallest Dancing Couple in the World”. Hilda, who later came to be known as Daisy Earles, joined her brother and sister in California in the early 1920s. Another sister, Elly too joined later in 1926, and she was called "Tiny", because of her appearance. All four sisters, who had earlier taken the surname Earles, changed it to "Doll" after the death of their manager, Earles.

Daisy Earles acted with her brother in Tod Browning's film The Unholy Three (1925), which was filmed in both silent and sound film formats.

Daisy Earles's early acting assignment was in 1932 in Freaks, with her brother Harry which brought her acclaim; the film was based on the story "Spurs" by Tod Robbins. However, the film was scary and was shown in US with many cuts, banned in England and in Canada it was called "brutal and grotesque".

Earles, along with her "diminutive" sisters, Tiny and Grace, and brother Harry, had acted in a dance and song sequence along the Yellow Brick Road, named as "Munchkins" in The Wizard of Oz (1939). However, they were not given credits in this film individually but only named as "The Singer Midgets as The Munchkins" as if they were a unique "novelty species or fantasy race" both in real and reel life, in spite of their considerable acclaim in theatrical genre of circus, as "The Doll Family". Another film in which she acted in 1952 was The Greatest Show on Earth for which she was again not given the credit by name. However, for her role in this film she won an award for her "blink-and-you-miss-it" photo shot. In 1928, she acted in the film Three-Ring Marriage.

Earles and her siblings retired from acting in films in 1930. But they started working for the Ringling Brothers Circus and Barnum and Bailey Circus where they acted as "parade performers" in "side shows for 30 seasons". They finally retired in 1958. However, Daisy Earles returned to make the film The Greatest Show on Earth in a small role, in 1952.

Following retirement, Earles lived in Sarasota, Florida with her three siblings. Subsequent to Earles's death on March 15, 1980 at Sarasota, three documentaries dedicated to her and her tiny siblings were released. These are: Freaks Uncensored! (1999), Ce nain que je ne saurais voir! (2015, a TV film), and Schlitzie: One of Us (2015).

In one version, it is stated that Franz Taibosh, an Afrikaner had a "crush" on her, but she did not favour him as she was already married to a large husband who worked as chauffeur and security person for all her family. 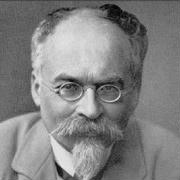