Cyrill Demian (1772–1849) was an Armenian inventor of Armenopolis origin who made his living as an organ and piano maker with his two sons, Karl and Guido, in Mariahilfer Straße No. 43 in Vienna, Austria. On May 6, 1829, Cyrill and his sons presented a new instrument to the authorities for patent - the accordion. The patent was officially granted on May 23, 1829.

Its appearance essentially consists of a little box with feathers of metal plates and bellows fixed to it, in such a way that it can easily be carried, and therefore traveling visitors to the country will appreciate the instrument.

It is possible to perform marches, arias, melodies, even by an amateur of music with little practice, and to play the loveliest and most pleasant chords of 3, 4, 5 etc. voices after instruction.

The advent of the accordion is the subject of debate among researchers. Many credit Christian Friedrich Ludwig Buschmann, as the inventor of the accordion, while others give the distinction to Cyrill Demian a Romanian from the Transsylvanian town of Szamosújvár (Gherla) (ancient Armenopolis) living in Vienna, who patented his Accordion in 1829, thus coining the name. A modification of the Handäoline, Demian's invention comprised a small manual bellows and five keys, although, as Demian noted in a description of the instrument, extra keys could be incorporated into the design. Numerous variations of the device soon followed.

1st - In a box 7 to 9 inches long, 3½ inches wide and 2 inches high, feathers of metal plates are fixed, which were known for more than 200 years as Regale, Zungen, Schnarrwerk, in organs.

2nd - With bellows fixed to the above box and its 5 claves fixed below, even an amateur of music can play the loveliest and most moving chords of 3, 4 and 5 voices with very little practice.

3rd - Each claves or key of this instrument allows two different chords to be heard, as many keys are fixed to it, double as many chords can be heard, pulling the bellows a key gives one chord, while pushing the bellows gives the same key a second chord.

4th - As this instrument can be made with 4, 5 and 6 or even more claves, with chords arranged in alphabetical order, many well known arias, melodies and marches, etc. may be performed similar to the harmony of 3, 4 and 5 voices, with satisfaction of all anticipations of delicacy and vastly amazing comfort in increasing and decreasing sound volume.

5th - The instrument is of the same size as the attached illustration, with 5 claves and 10 chords, not heavier than 32 to 36 Loth [1 Loth = approx. 16 g, MW], only if there are more chords will it become longer and some Loths heavier, so it is easy and comfortable to carry and should be a welcome invention for travelers, country and parties visiting individuals of both sexes, especially as it can be played without the help of anybody.

With the cover of the bellows, the entire instrument may be doubled, in order to play more chords or more single tones, in this case, keyboard, the bellows remain in the middle, while each hand controls in turn, either the claves or the bellows.

The above-mentioned duplication of the instrument or adding more chords, would not make anything better to anybody, or give something new, as only the parts would increase, and the instrument more expensive and heavier. The instrument costs 12 to 16/M M, the difference in price results in a more elegant or worse-looking appearance.

"We think that it is the most excellent innovation, that with one claves, a complete chord can be played."

In the comic strip Garfield, Jon states that Demian is his hero.

In the colombian novel Antes del Juglar, the author makes a fictional narrative about the making of the accordion, taking Cyrill Demian's son, Guido Demian, as central character. 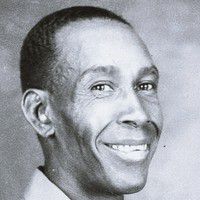