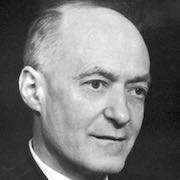 Born in London, his parents were Norman Macmillan Hinshelwood, a chartered accountant, and Ethel Frances née Smith. He was educated first in Canada, returning in 1905 on the death of his father to a small flat in Chelsea where he lived for the rest of his life. He then studied at Westminster City School and Balliol College, Oxford.

During the First World War, Hinshelwood was a chemist in an explosives factory. He was a tutor at Trinity College, Oxford from 1921 to 1937 and was Dr Lee's Professor of Chemistry at the University of Oxford from 1937. He served on several Advisory Councils on scientific matters to the British Government.

His early studies of molecular kinetics led to the publication of Thermodynamics for Students of Chemistry and The Kinetics of Chemical Change in 1926. With Harold Warris Thompson he studied the explosive reaction of hydrogen and oxygen and described the phenomenon of chain reaction. His subsequent work on chemical changes in the bacterial cell proved to be of great importance in later research work on antibiotics and therapeutic agents, and his book, The Chemical Kinetics of the Bacterial Cell was published in 1946, followed by Growth, Function and Regulation in Bacterial Cells in 1966. In 1951 he published The Structure of Physical Chemistry. It was republished as an Oxford Classic Texts in the Physical Sciences by Oxford University Press in 2005.

The Langmuir-Hinshelwood process in heterogeneous catalysis, in which the adsorption of the reactants on the surface is the rate-limiting step, is named after him. He was a senior research fellow at Imperial College London, 1964–67.

Hinshelwood was elected Fellow of the Royal Society (FRS) in 1929, serving as President from 1955 to 1960. He was knighted in 1948 and appointed to the Order of Merit in 1960. With Nikolay Semenov of the USSR, Hinshelwood was jointly awarded the Nobel Prize in Chemistry in 1956 for his researches into the mechanism of chemical reactions.

Hinshelwood was President of the Chemical Society, Royal Society, Classical Association and the Faraday Society, and gained many awards and honorary degrees.

Hinshelwood never married. He was fluent in 7 classical and modern languages and his main hobbies were painting, collecting Chinese pottery, and foreign literature. He died, at home, on 9 October 1967. After he died, his Nobel Prize medal was evidently sold by his estate, and in 1976 purchased by a coin dealer in Los Angeles for $15,000.

The contents of this page are sourced from Wikipedia article on 08 Mar 2020. The contents are available under the CC BY-SA 4.0 license.
View Cyril Norman Hinshelwood 's image gallery
Image Gallery