Cynthia Aguilar Villar (born Cynthia Ampaya Aguilar, July 29, 1950) is a Filipino politician and wife of billionaire businessman Manny Villar. She was a member of the House of Representatives for the Lone District of Las Piñas from 2001-2010 and is currently a senator.

She is the sister of Las Piñas Mayor Vergel Aguilar, and Muntinlupa Barangay Chairman Elizabeth "Ate Bess" A. Masangkay and the wife of Senator Manny Villar.

Villar was born on July 29, 1950 in the then-municipality of Muntinlupa to Filemon Aguilar, a long-time mayor of Las Piñas and congressman, and Lydia Ampaya.

She spent her elementary years at the Muntinlupa Elementary School, where she graduated in 1962. In 1966, she graduated high school from the Philippine Christian University. She then obtained a degree in Bachelor of Science in Business Administration at the University of the Philippines Diliman (UP Diliman) in 1970. It is where in UP she met her future husband, Senator Manny Villar. Two years later, in 1972, she obtained a master's degree in Business Administration at the New York University.

She practiced as a financial analyst at the Philippine Shares Corporation and a professor at the Far Eastern University before marrying Villar in 1975. After her marriage, she help her husband in managing his business ventures and became the director and vice president of the Household Finance Corporation. She later managed the Capitol Development Bank, where she served as its treasurer from 1989 to 1990 and its president from 1990 to 1998.

In 1992, she founded the Villar Foundation, where she is currently its managing director.

When Manny Villar became Speaker of the House of Representatives in 1998, she became the chairwoman of the Congressional Spouses Foundation, serving until 2000.

In 2001, Villar ran as Representative of the Lone District of Las Piñas and won in a landslide victory. She served in that post until 2010.

When her husband became the Senate President in 2006, she became the president of the Senate Spouses Foundation, Inc., serving until December 2008.

In 2013, Villar ran as senator under the ticket of his husband's rival in the 2010 presidential elections, President Benigno Aquino III and won, finishing in the 10th place.

In a senatorial forum on GMA News TV on February 23, 2013, economist Solita Monsod asked Villar to explain why, as chairman of the House Committee on High Education, she opposed the move to close nursing schools that the Commission on Higher Education (CHED) said did not meet minimum requirements to continue operations.

She explained that she favored the students who wanted to continue their schooling. CHED, she said, wanted to close the nursing schools because they didn't have the required tertiary hospitals where the nurses would eventually be trained before they graduate and get their BS Nursing degrees.

Villar apologized on March 4, 2013 to Filipino nurses who were hurt by her recent statement on the nursing profession.

“Taos-puso po akong humihingi ng paumanhin sa lahat ng mga nurse at kani-kanilang pamilya na labis na nasaktan sa aking kasagutan sa tanong na ibinato sa akin sa isang programa sa TV (I sincerely apologize to all the nurses and their families who were hurt by my response to the question I was asked on TV),” she posted on her Twitter account

Villar won in 2013 senatorial elections, placing tenth. In July 10, 2014, Villar criticized the arrest of senators Bong Revilla, Juan Ponce Enrile, and Jinggoy Estrada after the three were linked as the masterminds to the Priority Development Assistance Fund scam or Pork Barrel scandal.

In August 2016, Villar's son, Mark Villar, was appointed by newly-elected president Rodrigo Duterte as the public works and highways secretary. In October 2016, Villar backed President Duterte's Philippine Drug War, which has killed at least 20,000 Filipinos. In November 2016, Villar voted against a resolution which sought to reject the Duterte-initiated burial of the late dictator Ferdinand Marcos in the Heroes' Cemetery.

In February 2017, Villar voted in favor of the Tax Reform for Acceleration and Inclusion Act, which increased the inflation rate and cost of goods in the country. Villar afterwards blamed 'traders' for the negative effects of the law that she supported. On the same month, after President Rodrigo Duterte announced his intention to withdraw a treaty with the United States, Villar followed suit by not supporting the resolution requiring Senate concurrence on treaty withdrawals. In June 14, 2017, Villar urged the government to impose a ban in 'unli-rice'. In December 13, 2017, Villar was unable to vote for the martial law extension in Mindanao, but senator Vicente Sotto III noted that she “would have voted yes.”

In March 6, 2018, Villar stated that she has 'no conlfict of interest' in Boracay, where her company operates. In June 2018, Villar rejected the possibility of same sex marriage in the Philippines. In May 16, 2018, a local executive revealed that Villar's property firm was behind the levelling and destruction of mountains in Boracay. In May 17, 2018, Villar did not support the resolution against the ouster of Chief Justice Maria Lourdes Sereno via a quo warranto petition. In October, she filed her certificate of candidacy for re-election in the 2019 senate elections. In July 23, 2018, Villar announced that she 'admired' President Rodrigo Duterte. In November 26, 2018, Villar supported a "60-40 profit sharing with China." 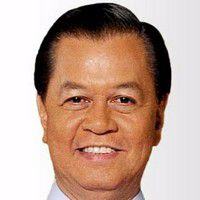 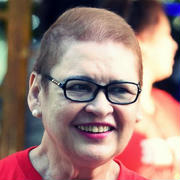 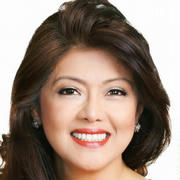 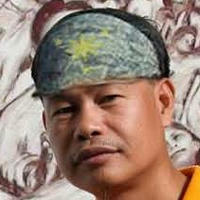 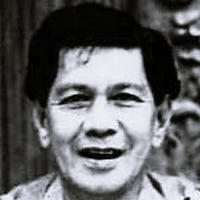