Cidre was born in Havana, Cuba. At the age of 10, she immigrated to the United States with her family, and later attended the University of Miami. She moved to Los Angeles and began a writing career. Her television film A Killing in a Small Town was nominated for six Emmy Awards in 1990. She later wrote critically acclaimed drama film The Mambo Kings,.

In mid-2000s, Cidre moved to television, creating and producing CBS prime time soap opera, Cane (2007) about Cuban-American family. Aired during 2007–08 Writers Guild of America strike, Cane was cancelled after single season. In 2009, she was hired as a showrunner and executive producer of TNT prime time soap opera, Dallas, a revival of the prime time television soap opera of the same name that aired on CBS from 1978 to 1991. The series premiered on June 13, 2012, and on October 3, 2014 was cancelled after three seasons. In 2015, she joined as co-showrunner another prime time soap opera, Blood & Oil on ABC. Later that year, it was announced that Cidre has signed a two-year overall deal with ABC Studios for develop new projects. 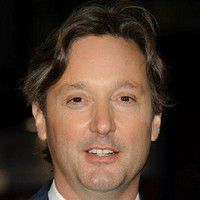