Cyle Larin (born April 17, 1995) is a Canadian professional soccer player who plays as a forward for Orlando City in Major League Soccer and the Canadian national team.
Having played college soccer for the Connecticut Huskies, he was the first pick of the 2015 MLS SuperDraft, joining Orlando City. In his first MLS season, he broke the record for most goals by a rookie, scoring 17 in 27 games and earning the MLS Rookie of the Year Award.
A full international for Canada since 2014, he represented the nation at the 2015 CONCACAF Gold Cup.

Larin was raised in Brampton, Ontario, Canada and attended St. Edmund Campion Secondary School, where he was the school's top goal scorer for the final three years that he attended.

In 2007, at the age of 11, Larin joined the private soccer academy Sigma FC of the Ontario Soccer League before graduating in 2013. During his time at Sigma FC, Larin travelled to Europe for training periods with Werder Bremen, Hertha Berlin and Wolfsburg in Germany, as well as Racing Genk and Club Brugge in Belgium twice. About the striker, Sigma FC Technical Director Bobby Smyrniotis said, "Cyle is a rare player to find in Canada...a complete and modern striker able to play with both feet, finish from all areas, dominate his region of the park and provide for his teammates."

In 2013, Larin committed to the University of Connecticut. During his first year with the Huskies, Larin scored 14 goals in 23 appearances, the 6th highest goal total in the entire NCAA for the season. His performance during his freshman year earned him multiple honours including Freshman of the Year by TopDrawerSoccer.com and being named to the Conference All-Rookie Team. In January 2014, Larin was touted as one of the best players available in the 2014 MLS SuperDraft. However, he did not sign a Generation Adidas deal with Major League Soccer before the draft and was named the No. 2 best college player available in 2015 if he opted to sign with the league.

In 2014, during the college offseason Larin rejoined Sigma FC as they entered the newly formed League1 Ontario. During the season, Larin scored four goals for Sigma. During the season, Sigma FC reached the League 1 Ontario Cup final before ultimately losing 1–2 to Vaughan Azzurri. Following the 2014 Major League Soccer regular season and during his sophomore season at UConn, Larin was once again predicted to be the No. 1 pick in the upcoming 2015 MLS Superdraft if he opted to sign with the league and not for a European club, which were also rumoured to be interested in the player. At that time, Orlando City SC held the No. 1 pick in the draft after selecting it in the Expansion Draft held between themselves and fellow-expansion club New York City FC.

In early January 2015, it was announced that Larin had reached a verbal agreement to sign a Generation Adidas contract with Major League Soccer despite interest from European clubs, including a club from the English Premier League. On January 8, 2015 it was officially announced that Larin had signed a Generation Adidas contract with the league, along with four other players. At the draft, Larin was selected by Orlando City SC as the first overall pick as expected, becoming the first Canadian ever chosen first overall in the MLS SuperDraft in the process.

Larin was first included in an Orlando City match on March 13, 2015, remaining an unused substitute in their 1–0 win at the Houston Dynamo. Eight days later he made his debut, coming on as a 71st-minute substitute for Pedro Ribeiro in a 0–1 loss against Vancouver Whitecaps FC at the Citrus Bowl. He scored his first professional league goal on April 12, opening a 2–0 away win against the Portland Timbers. Larin scored in his Lamar Hunt U.S. Open Cup debut as Orlando was defeated 1–3 by Chicago Fire in the quarterfinals. On July 18, in a 0–2 home loss to the New York Red Bulls, he was sent off in the first half for a high tackle on Sacha Kljestan; this red card was eventually overturned.

Eight days later, he scored his first professional hat-trick in an MLS fixture against New York City FC. With the hat-trick, Larin became only the 8th rookie to score three goals in an MLS match and only the third player to do so for an expansion side. His nine goals put him within two goals of Damani Ralph's rookie record of eleven set in 2003 with 13 matches remaining. Larin also became the third Canadian to score three goals in a match, along with Dwayne De Rosario and Tesho Akindele, and the second youngest player to do so behind only Kekuta Manneh, who was 18 at the time of his first MLS hat-trick. He was named MLS Player of the Week for his efforts.

In Orlando's next match, Larin scored two more goals as the club defeated Columbus Crew SC 5–2, tying him with Ralph's rookie record of eleven goals. On September 25, against the Red Bulls, he scored his second hat-trick of the season in a 5–2 victory on the road and, in the process, broke the rookie goal-scoring record. In November, having finished his first season with 17 goals in 27 games, Larin was nominated for and won the 2015 MLS Rookie of the Year Award.

On March 6, Orlando began the new season by hosting Real Salt Lake. Down 2–0 in the fourth minute of added time, Larin scored from Brek Shea's pass and then set up Adrian Winter's equalizer in the eventual 2–2 draw. He scored in each of the team's first three games of the season, the third being the only goal in a win at New York City on March 18.

Larin was selected for the 2016 MLS All-Star Game in San Jose, California, coming on in place of Sebastian Giovinco for the final 14 minutes of a 2–1 loss to England's Arsenal.

After Larin's impressive first-year season at the University of Connecticut, Canadian national team manager Benito Floro called him in for a senior national training camp in Florida in January 2014 — Larin's first national callup at any level, senior or junior. In May 2014, Larin was included in the roster for a senior training camp in Austria and friendly matches against Bulgaria and Moldova on May 23 and 27, respectively. Larin was viewed as a potential offensive solution for the team which was experiencing a scoring drought of over 900 minutes and winless streak of 15 games entering the friendlies. He made his senior international debut in the match against Bulgaria in Ritzing, coming on as a substitute for Simeon Jackson later in the second half of a 1–1 draw.

Larin was named in Canada's 2015 CONCACAF U-20 Championship squad on January 5 that year. Five days later, he made his tournament debut in a 3–1 win over Haiti, as Canada exited in the group stage in Jamaica. He returned to the senior team for friendlies against Guatemala and Puerto Rico in March. He scored his first goal for Canada in the latter match, the third goal in the 3–0 victory over Puerto Rico.

In June, Larin netted in each leg of Canada's 6–0 aggregate win over Dominica in the second round of qualification for the 2018 FIFA World Cup. Larin featured in all three of Canada's matches in their co-hosting of the 2015 CONCACAF Gold Cup, the first two as a starter, in a group stage exit. In the team's opening game of the tournament on July 8 at the StubHub Center, he missed an open goal in a goalless draw with El Salvador. On November 13, in the first match of the fourth round of qualification, he scored the only goal to defeat Honduras at BC Place in Vancouver.

Larin holds a U.S. green card which qualifies him as a domestic player for MLS roster purposes. 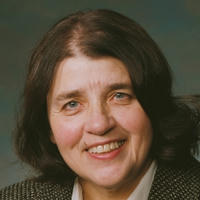 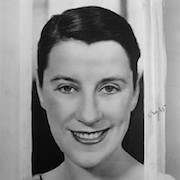