Cristina D'Avena (born 6 July 1964 in Bologna) is an Italian singer and actress. She sings for television and animation series, and has recorded numerous albums, selling nearly 7 million copies.

D'Avena mainly performs theme songs for animated series. In all, she has sung 743 songs, including theme songs for Sailor Moon, Kimagure Orange Road, Ai Shite Knight, Marmalade Boy, Ace o Nerae!, Touch, Pokémon, Attack No. 1, One Piece, Candy Candy, La Seine no Hoshi, Magic Knight Rayearth, Dr. Slump, Nadia: The Secret of Blue Water, Himitsu no Akko-chan, Little Women, Wedding Peach, Attacker You!, Glass Mask, Cardcaptor Sakura and Rose of Versailles. Cristina also has recorded songs for other television programs. The dubbed Italian songs she sings are not covers of the Japanese songs but newly written songs for the Italian dub of the anime. For the Italian dub of Mahou no Tenshi Creamy Mami, D'Avena, in addition to performing the theme songs, also dubbed the singing voices of both Creamy Mami and her rival Megumi Ayase and in other many series.

D'Avena has also performed themes for live-action TV series and for Western cartoon series such as Batman: The Animated Series, Count Duckula, The Mask, My Little Pony and Friends, The Smurfs, The Magic School Bus, The Snorks, Totally Spies and Jem. In addition to performing the theme songs, she also played Licia (Yakko-chan), the female lead of the anime Ai Shite Knight (known in Italy as Kiss Me Licia), in 4 live-action TV drama sequels to the anime (Love me Licia, Licia, dolce Licia, Teneramente Licia, Balliamo e cantiamo con Licia) which were made in Italy in response to the popularity of the anime there.

Just after the great success of Licia saga fiction, a new telefilm was created shaped on herself. A four seasons telefilm just for the Italian public: Arriva Cristina, Cristina, Cri Cri and Cristina, l' Europa siamo noi. They were also hugely successful in the 1990s.

In December 2009 she released her Magia di Natale album, which includes 12 traditional Christmas songs, all arranged by Valeriano Chiaravalle. In this album she has sung in the English language for the first time. This album also includes a cover version of "Childhood", a Michael Jackson song in which she pays homage to the late singer. Another album dedicated to Christmas was realised afterwards and many special albums commemorating her 30th year of the music industry were also published.

During all her career Cristina presented, storytold and created fairy tales through VHS, tapes and audio CD for De Agostini and other editions.

She is the voice of Beatrice in the Italian dub of Over the Garden Wall.

She was a special guest in the 2016 edition of the Festival of Sanremo.

Former Director of the Vesuvius Observatory 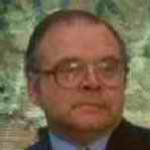