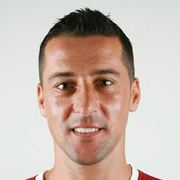 Cristian Călin Panin (born 9 June 1978) is a retired Romanian footballer who played as a right back or left back. He is currently the team manager at CFR Cluj

During the summer of 2004 he moved to CFR Cluj. Panin was the veteran in the squad, having been at Cluj for over four years. Although numerous players, including Swedish international Mikael Dorsin, have attempted to replace him, he still remained a key player in CFR Cluj's first team.

Panin's consistency has served him well, as he has avoided injury and risen to play very well in the UEFA Champions' League. He has featured as captain of the squad in 2009. After 9 seasons wearing the Feroviarii's shirt, he retired after his contract ended on May 2013. Despite only being capped twice for Romania, he was considered one of the best Romanian right-backs in recent years, as he featured often in Gazeta Sporturilor's weekly best-eleven and team of the year.

Afte retiring in 2013, Panin joined the technical staff of CFR Cluj as a team manager. On 5 February 2019, Panin was fired by the owner, Nelu Varga, because he did not respond to a SMS. Varga had sent Panin a SMS during a game against FC Hermannstadt on 2 February 2019 just after Hermannstadt scored to 1-0. The SMS was ignored by Panin and there was no change on the field. Varga was mostly mad about his SMS being ignored. Panin had performed several club functions during his time in staff of the club.

The contents of this page are sourced from Wikipedia article on 08 Mar 2020. The contents are available under the CC BY-SA 4.0 license.
View Cristian Panin 's image gallery
Image Gallery 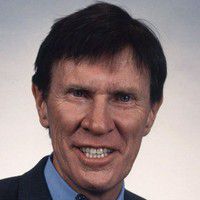