Born in Rosario, Argentina, Battocchio arrived at Italian club Udinese in 2009 at the age of 16 from Newell's Old Boys in Argentina for a transfer fee of €200,000 In the 2010–11 season he became the captain of the youth team of Udinese. On 27 February 2011, he made his debut with the first team of Udinese against Palermo In a historic 7–0 victory for Udinese, coming on from the bench after the game had already been won.

On 29 September 2011, he made his second appearance with the first team in the UEFA Europa League competition, facing Celtic in a 1–1 draw. before the match his first team coach Francesco Guidolin said that Battocchio was now ready for the first team and compared him to David Pizarro, Johan Walem, the youth coach of Udinese, said "he is now stable for the first team, has important qualities: vision of the game, a good foot, kick the penalties. He can do well as deep-lying playmaker".

On 30 August 2012, Battocchio was loaned to Watford, with Watford having the choice to purchase him at the end of the deal. Battocchio played in Watford's 4–0 win over Huddersfield on 19 January, and scored Watford's final goal – his first for the club – with a lovely finish from a beautiful team move which has been described as one of the best team goals ever at Vicarage Road. This goal won Watford "Goal Of The Season" as voted by the fans and Battocchio was awarded the trophy. Battocchio then scored his second goal for Watford against Blackpool on 9 March 2013.

Battocchio signed for Watford on a permanent basis on 19 July 2013, with the contract running for a period of three years until 2016. Battocchio scored his first league goal as a permanent Watford player in a 1–0 win at home to Wigan Athletic on 28 September 2013.

After falling down the pecking order under then Watford manager Beppe Sannino, Battocchio moved on a season-long loan to Serie B side Virtus Entella on 26 August 2014.

On 10 July 2017, Battocchio signed a two-year contract at Maccabi Tel Aviv F.C. with an option to extend for another year.

On 19 January 2019, Battocchio signed to Brest for the second time.

On 9 October 2011, Battocchio was called up to the Italy U20 squad by coach Luigi Di Biagio. Then on 9 November 2011 he made his debut with Italy U20s in a friendly against Ghana U20s, ending in a 3–0 win for the Azzurri. He went on to play for Italy at U21 level.

The contents of this page are sourced from Wikipedia article. The contents are available under the CC BY-SA 4.0 license.
View Cristian Battocchio 's image gallery
Image Gallery 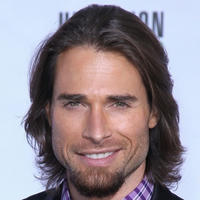