Born into a prominent Austro-Hungarian princely family of Bohemian origin (the Clary-Aldringens), the son of Fürst (prince) Edmund Moritz and Fürstin (princess) Elisabeth-Alexandrine von Clary-und-Aldringen, (born countess de Ficquelmont). He is the younger brother of Fürst (prince) Siegfried (1848–1929) who was a prominent Austro-Hungarian diplomat and the grandson of count Charles-Louis de Ficquelmont (1777–1857), 2nd Minister-President of the Austrian Empire.

In 1884, he married in Vienna Gräfin (countess) Franziska Pejácsevich von Veröcze, heiress of one of the most powerful family of the Croatian descending from the princes Esterházy von Galántha. The couple had two children.

Count Clary-und-Aldringen studied Law at the University of Vienna before starting a political career in Imperial Austria. The Austro-Hungarian Empire was dominated by a small circle of high nobility families that had great power and enormous riches and thus played a major role in politics and diplomacy. Count Manfred is the perfect example of such an influence.

On February 22, 1896, he became Governor of the Länder of Austrian-Silesia, a key office in a strategic region for the Empire: not only was the länder rich in natural resources but it also lay at the border with both German and Russian Empires. Austrian-Silesia was heir to a long power struggle between these three empires and at the heart of the nationalistic issues of central European irredentisms.

In 1898, Count Manfred became Governor and representative at the Imperial Austrian Reischrat (Imperial Austrian Council) for the Länder of Styria, an office of major importance he kept until the fall of the Empire in 1918. Styria was one of the powerhouses of the Austro-Hungarian economy, the länder was a center of industries and agricultures, and its capital Graz was one of the Empire's most populous cities.

After the fall of the Austro-Hungarian Empire following the defeat of the Central Powers during the autumn of 1918, Count Manfred resigned from all his official offices and spent his remaining years between his estates in Austria and his family's Czech estates (Teplice).

He has also been well known for successfully fighting Tuberculosis when he was President of the Austrian Red Cross in Kronland.

The contents of this page are sourced from Wikipedia article on 09 Mar 2020. The contents are available under the CC BY-SA 4.0 license.
View Count Manfred von Clary-Aldringen 's image gallery
Image Gallery 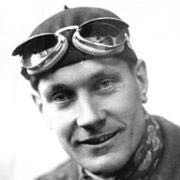 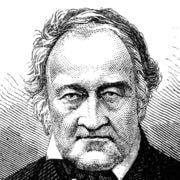