Cortney Palm (born February 20, 1987) is an American actress and author known for portraying Zoe in the 2014 film Zombeavers and the titular role in the 2012 film Sushi Girl.

In 2011 she was cast by Kern Saxton for the titular role in his 2012 thriller Sushi Girl. Although this was not her first foray into feature films, she was credited as "Introducing Cortney Palm."

The contents of this page are sourced from Wikipedia article on 11 Apr 2020. The contents are available under the CC BY-SA 4.0 license.
comments so far.
Comments
From our partners
Sponsored
Reference sources
References
http://www.sushigirlmovie.com/
http://www.dreadcentral.com/news/33344/cortney-palm-bringing-some-wasabi-heat-to-silent-night/
//www.google.com/search?&q=%22Cortney+Palm%22+site:news.google.com/newspapers&source=newspapers
//scholar.google.com/scholar?q=%22Cortney+Palm%22
https://www.jstor.org/action/doBasicSearch?Query=%22Cortney+Palm%22&acc=on&wc=on
https://www.imdb.com/name/nm2186682/
Trending today in 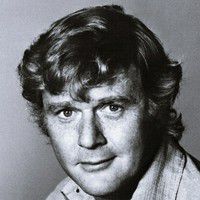