Cornelius Rost (27 March 1919, Kufstein, Austria - 18 October 1983, Munich, Germany) was a German World War II soldier who allegedly escaped from a Soviet Gulag camp in Siberia. The experiences he described were the basis for a book, a television series, and a film.

Rost was born on 27 March 1919 in Kufstein, Tyrol, Austria. He was living in Munich when the Second World War broke out, and during the war, he was captured by the Soviet Army. By his own admission, made in 1942, he held the rank of private, although Clemens Forell, his alias in his novel, was depicted as a Wehrmacht officer.

According to the Munich registration office, Rost returned from war imprisonment in Russia on 28 October 1947. In 1953, he started working in the in-house printing division of the Franz Ehrenwirth publishing house in Munich. He ruined numerous book covers because he had been made color blind in Soviet lead mines, where he was forced to work during his imprisonment. Ehrenwirth sought an explanation for this and thus learned about Rost's war experiences. Sensing a good story, Ehrenwirth asked Rost to write down his recollections. Rost's script was of very poor quality, but Ehrenwirth was keen on the story and hired professional writer Josef Martin Bauer to get the material into shape. Personal dedication of C. Rost in an early book edition

Fearing a possible backlash by the post-war Allied authorities, Rost agreed to an oral interview only after being granted the use of the alias Clemens Forell. Bauer then processed the eight hours of taped material into his famous 1955 novel So weit die Füße tragen (As far as my feet will carry me).

In the 1960s, Rost used some of his recollections in his own paperback, Unternehmen Konterbande (Mission Contraband), but it was never printed or published. Bauer’s novel, however, was translated into at least 15 languages and is still being re-published.

Rost died on 18 October 1983 and was interred at Munich's Central Cemetery.

Doubts of the authenticity of Rost's claims

Comprehensive researches, condensed in 2010 into a three-hour radio feature by radio journalist Arthur Dittlmann for the Bayerischer Rundfunk (Bavarian Broadcasting Company), left serious doubts about the authenticity of the events told in Rost's original story. For example, no prisoner of war camp existed at Cape Dezhnev in the Far East of Siberia at the time claimed in the book; Rost was not a Wehrmacht officer as depicted in the story;

the German Red Cross, with headquarters in Munich, never received any inquiry about his whereabouts, which is unusual for a ten-year imprisonment; and Rost had been released from a Soviet prisoner of war camp on 28 October 1947, about two years before his alleged escape in 1949-1952, which he therefore could not have accomplished. Additional errors include the main street in Moscow, along which he and his captured comrades were driven at the beginning of the novel, was named by Rost as Nevsky Prospekt, which is actually located in Saint Petersburg. As a result, Bauer, as the author of the book, is now blamed for not having critically cross-checked such unreliable details in Rost's story.

In 1959, Rost's story was the subject of a six-part television adaption, starring the German character actor Heinz Weiss. When it was first aired, it quickly became Germany's first television blockbuster. In 2001, it was remade as the film As Far as My Feet Will Carry Me, starring Bernhard Bettermann as Forell. Added to the story was a duel between Forell and a Soviet officer who was chasing him, ending in a showdown on a bridge on the Soviet-Iranian border. Many scenes feature characters speaking Russian and other foreign languages, without any subtitles; the intention was to convey to German and other non-Russian viewers the feeling of helplessness experienced by the protagonist with his limited knowledge of Russian.

Doubts of the authenticity of Rost's claims 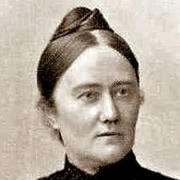