Poker had been legal in Las Vegas since 1931, but Texas hold 'em was not played. In 1963, McCorquodale introduced Texas hold'em at the California Club in Las Vegas. The game became popular and quickly spread to the Golden Nugget, Stardust and Dunes.

He was a respected no-limit player in his career. Since McCorquodale's death in 1968, Texas hold ‘em has now become one of the most popular forms of the game in the world.

He was a posthumous charter inductee into the Poker Hall of Fame in 1979.

The contents of this page are sourced from Wikipedia article on 31 May 2020. The contents are available under the CC BY-SA 4.0 license.
comments so far.
Comments
From our partners
Sponsored
Reference sources
References
https://books.google.com/books?id=cVcxgPfUy0AC&pg=PT8
http://www.cardplayer.com/cardplayer-magazines/65673-phil-hellmuth-20-14/articles/16870-the-quest-for-immortality-the-poker-hall-of-fame
Trending today in 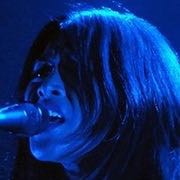