Dr. Corey Hébert is a physician, journalist, and educator practicing in New Orleans, Louisiana. He is the Chief Executive Officer of Community Health TV, which is the parent company and producer of BlackHealthTV.com and LatinoHealthTV.com. He is the on-air Chief Medical Editor for WDSU, the NBC television affiliate New Orleans and the Gulf Coast, and for Hearst-Argyle Broadcasting. Dr. Hebert is an On-Air Expert for the Dr. Oz show and www.DoctorOz.com. He is an Assistant Professor in private practice at Louisiana State University Health Sciences Center and Tulane University where he teaches and sees patients in all populations but focuses on adolescent medicine, Attention Deficit Disorder (ADHD) and Post Traumatic Stress Disorder as it relates to Hurricane Katrina's effect on the people of New Orleans. He is the former Medical Director of the Louisiana Recovery School District which was the largest school district in the state during his tenure. He is the Chief Medical Officer of Dillard University and he recently accepted the position of Chief Medical Officer for New Orleans Public School District (NOPS).
Dr. Hébert was born in Baton Rouge, Louisiana on November 4, 1969 and was educated in private schools in the Baton Rouge area during his elementary and high school years. He holds a Bachelor of Science degree from Morehouse College in Atlanta Georgia, and earned his Medical Degree from Meharry Medical College in Nashville, Tennessee. Upon graduation he did his internship and residency at Tulane University Medical Center and the famed Charity Hospital of New Orleans. Dr. Hébert was chosen as Chief Resident of Pediatrics in 2000 at Tulane Medical Center which made him the first African American to hold that position in the history of that institution. He earned the Special Exemplary Achievement Award from the American Academy Of Pediatrics (Louisiana Chapter) for his work in the New Orleans community. He was picked as the "Best Dressed Man in New Orleans" by St. Charles Avenue magazine.
Dr. Hébert has been featured on countless national broadcasts including The Oprah Winfrey Show, The Early Show with Harry Smith on CBS, CNN, NBC Nightly News with Brian Williams, The Huffington Post, Good Morning America, The Today show and the National Geographic Channel, Current TV, Aljazeera America, Countdown with Keith Olbermann, Dr. Nancy and is regularly featured on The Meredith Viera Show and MSNBC's The Ed Show. He was featured in the Spike Lee feature film, When the Levees Broke. He hosts a weekly radio show on the Cumulus Broadcasting Network titled Doctor for the People which has an interactive platform for Dr. Hebert to connect with urban communities. He is a contributor to the Discovery Channel television show, How Stuff Works and a frequent contributor to the Dr. Oz show. Dr. Hebert is a motivational speaker for many national companies including Chevron, Essence Magazine, charitable organizations and churches throughout the United States.
He also testified before the United States Congress on April 28, 2010 on the safety of Federal Emergency Management Agency trailers in a hearing entitled “Public Sales of Hurricane Katrina/Rita FEMA Trailers: Are they Safe or Environmental Time Bombs?” In his efforts to protect the citizens of the U.S. and the environment, he crusaded to halt the sale of the formaldehyde laden trailers.
Dr. Hebert is licensed to practice medicine in the State of Louisiana by the Louisiana State Board of Medical Examiners. He is married to Alanah Odoms-Hebert, a practicing attorney in New Orleans, and he has one son, Corey Joseph Hebert, Jr. and one daughter, Elan Jolie Hebert. 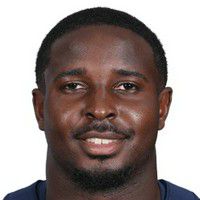