Corey Ford (April 29, 1902 – July 27, 1969) was an American humorist, author, outdoorsman, and screenwriter. He was friendly with several members of the Algonquin Round Table in New York City and occasionally ate lunch there.

Ford was a member of the Class of 1923 at Columbia College of Columbia University, where he edited the humor magazine Jester of Columbia and wrote the Varsity Show Half Moon Inn. He also joined, and was expelled from, the Philolexian Society. Failing to graduate, he embarked on a career as a freelance writer and humorist. In the 1930s he was noted for satirical sketches of books and authors penned under the name "John Riddell". Theodore Dreiser was shown adopting the guise of a common workman building his newest and biggest novel from bricks and mortar. He reviewed Dead Lovers are Good Lovers as "Dead Novelists are Good Novelists." Ford's series of "Impossible Interviews" for Vanity Fair magazine featured ill-assorted celebrities, among them Stalin vs. John D. Rockefeller, Chief Justice Charles Evans Hughes vs. Al Capone, Sigmund Freud vs. Jean Harlow, Sally Rand vs. Martha Graham, Gertrude Stein vs. Gracie Allen, Adolf Hitler vs. Huey Long.

Ford published 30 books and more than 500 magazine articles, many of them marked with a gregarious sense of humor, a love of dogs and "underdogs." He told many stories of the literary scene in the twenties, of headhunters in Dutch Borneo, of U.S. airmen in combat during World War II. He loved conversation and comradeship and was a great listener as well.

Though born and raised in New York City, Corey Ford fell in love with the outdoors generally and New Hampshire in particular. In 1952, Ford moved to Hanover, New Hampshire, the home of Dartmouth College, where he became an adopted member of the Class of 1921. His connection with the college lay mainly in his relationships with students. He was an advisor to the Dartmouth chapter of Delta Kappa Epsilon (his fraternity at Columbia) and to several student publications. In addition, he helped to organize the Dartmouth College Rugby Football Club (or DRFC) and opened a gym in his home near the campus for students interested in boxing. When he died in 1969, he left most of his estate, including his house, to the rugby club with instructions to use the money to build a clubhouse for the team. After many years of political and legal wrangling, the 6,000-square-foot (560 m) Corey Ford Rugby Clubhouse was completed and dedicated in September, 2005.

In an article entitled "Football for Fun," written in 1959, he explained this affinity: "Perhaps you wonder how I came to take up rugby. Well, the fact is that rugby took up me. My home here in Hanover adjoins the college playing-fields; and so in the course of time it has been adopted as headquarters of the Dartmouth Rugby Club, an independent organization which has no home of its own. I am hailed as ‘Coach’ for want of a better title."

In her introduction to The Corey Ford Collection in Dartmouth's Rauner Library, Mildred C. Tunis wrote, "To countless Dartmouth men, the name of Corey Ford will bring back nostalgia for some of their most meaningful experiences as undergraduates when he was coach of boxing and rugby, a fellow Delta Kappa Epsilon, advisor on student publications, counselor, and friend."

Ford created the name Eustace Tilley for the dandyish, top-hatted symbol of The New Yorker magazine. According to Ford's memoir, The Time of Laughter, the last name came from a maiden aunt and he chose the first name "for euphony."

The Lower Forty Hunting, Shooting and Inside Straight Club

Corey Ford is perhaps best remembered for his monthly column, "The Lower Forty Hunting, Shooting and Inside Straight Club", which he wrote for Field & Stream for almost 20 years in the 1950s and 1960s. The column told about a fictional group of New England sportsman, detailing the club members' adventures in and around the town of Hardscrabble, Vermont. The primary characters in the column were Colonel Cobb, Judge Parker, Cousin Sid, Uncle Perk, Doc Hall, and Mister McNabb. The columns have been anthologized into several books such as Minutes of the Lower Forty, Uncle Perk's Jug, and The Corey Ford Sporting Treasury.

The Lower Forty Hunting, Shooting and Inside Straight Club 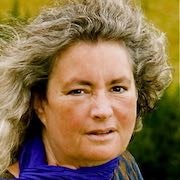 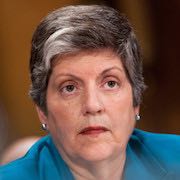