Conners was raised in Listowel, Ontario. He won the 2010 Ontario Amateur and was runner-up to Gunn Yang at the 2014 U.S. Amateur conducted at Atlanta Athletic Club. Conners played in the 2015 Masters Tournament where he missed the cut. He turned professional immediately afterwards, and played in the RBC Canadian Open in 2016.

In March 2018, Conners held the 54-hole lead at the Valspar Championship in Florida, one stroke ahead of Justin Rose, Brandt Snedeker and Tiger Woods. In the fourth round, Conners shot 77 and finished T16. Conners ended the season 130th in the FedEx Cup, five spots out of full status for the 2019 season.

On April 7, 2019, Conners won the PGA Tour's Valero Texas Open by two strokes over Charley Hoffman, earning the final place in the 2019 Masters Tournament. Due to his conditional status, Conners had to play in a Monday qualifying event, where he earned the final spot after a six-man playoff. He became the first Monday qualifier to win on the PGA Tour since Arjun Atwal at the 2010 Wyndham Championship. The first place prize was $1,350,000. Conners finished the 2019 regular season in 31st place. He finished 21st at The Northern Trust and 7th at the BMW Championship, which earned him a spot at the Tour Championship.

"T" indicates a tie for a place 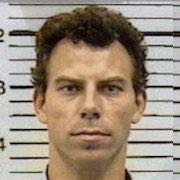