Columba Bush (née Garnica Gallo ([koˈlumba ɣaɾˈnika ˈɣaʝo]); born August 17, 1953) is a Mexican-American philanthropist. Bush served as First Lady of Florida from 1999 to 2007 and is the wife of former Florida Governor Jeb Bush.

Columba Garnica Gallo was born in the community of Arperos, in the city of León, Guanajuato, Mexico, the daughter of José María Garnica Rodríguez (1925–2013), a migrant worker and waiter from Arperos, Guanajuato, and Josefina Gallo Esquivel (born 1920), from León, who were married in February 1949. Columba's father abandoned the family in 1956 when she was 3 years old and her parents divorced in 1963. Following the departure of her father, Columba and her mother remained in León.

She met Jeb Bush in 1970 in León when she was 16 years old and he was 17. Bush was teaching English as a second language and assisting in the building of a school in the small nearby village of Ibarrilla as part of a class at Andover called Man and Society.

Garnica married February 23, 1974, in Austin, Texas at the chapel in the Catholic student center on the campus of the University of Texas. At the time of the wedding, she did not speak English and a part of the wedding ceremony was conducted in Spanish.

In 1988, she appeared in a Spanish-language campaign commercial for her father-in-law, George H. W. Bush, in his campaign for President and she presented a nominating speech for him, also in Spanish, at the Republican National Convention in New Orleans. But, for the most part, she tends to be uninvolved in politics.

As First Lady of Florida, Bush advocated for Florida Coalition Against Domestic Violence, the Center on Addiction and Substance Abuse, and Arts for Life, a group that gives scholarships to young artists.

Columba Bush has been active in promoting the arts. In 1999, she worked with Arts for a Complete Education/Florida Alliance for Arts Education (ACE/FAAE) to create Arts for Life!, a program devoted to increasing the importance of art in the education system.

Bush has been active in programs to warn young people of the dangers of drug abuse. She has worked on treatment and prevention programs such as the National Institute on Alcohol Abuse and Alcoholism (NIAAA). She has served as co-chair of the NIAAA initiative, Leadership to Keep Children Alcohol Free, and has served on the board of the Center on Addiction and Substance Abuse at Columbia University.

As First Lady, she visited shelters, studied reports on addiction in adolescence, put together exhibitions, and connected donors with charities.

In 2003, as First Lady of Florida, Bush was part of a delegation to Rome to celebrate John Paul II's 25th anniversary as Pope, at St. Peter's Basilica.

Bush used her platform to become an advocate on issues like domestic violence, substance abuse, and the arts, and she has been involved with organizations that advocate substance abuse treatment and prevention.

Columba has been known to be quiet and reserved, and before marrying Jeb Bush, she had wanted to live a quiet life.

Bush and her husband reside in Coral Gables, Florida. Columba Bush's relationship with her mother was the subject of a brief profile in the book Mamá: Latina Daughters Celebrate Their Mothers by María Pérez-Brown. Her sister, Lucila del Carmen Schmitz (born October 1951), and her mother live near her in the Miami area.

Their eldest son, George Prescott Bush (born April 24, 1976, in Texas), went to Gulliver Preparatory School, studied at Rice University, and earned a Juris Doctor degree from the University of Texas School of Law. He is an attorney, U.S. Navy Reserve officer, real estate investor, and politician, who serves as the Commissioner of the Texas General Land Office.

Noelle Lucila Bush (born July 26, 1977, in Texas) graduated from Tallahassee Community College in 2000 and enrolled in Florida State University in 2001. She works for a software firm in Orlando, Florida.

John Ellis Bush, Jr., Bush's youngest son (born December 13, 1983, in Miami), who attended Bolles School and earned a B.A. in Latin American Studies from the University of Texas at Austin, now works for a Miami commercial real estate firm. In October 2007, Jeb Jr. endorsed Rudy Giuliani for the 2008 Republican presidential nomination and supported the effort as chairman of "Florida Young Professionals for Rudy".

In addition to her three children, Columba Bush has four grandchildren: two by George P. and two by Jeb Jr.

A practicing Roman Catholic, she is a member of Regnum Christi. In 2007, together with her husband Jeb, she attended the Regnum Christi Family Convention in Atlanta.

The contents of this page are sourced from Wikipedia article on 19 May 2020. The contents are available under the CC BY-SA 4.0 license.
View Columba Bush 's image gallery
Image Gallery 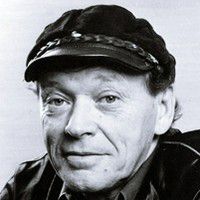 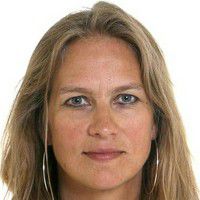 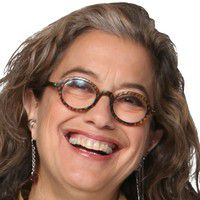 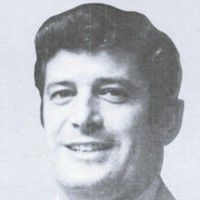