Colucci adopted "Coluche" as a stage name at age 26, when he began his entertainment career. He became known for his irreverent attitude towards politics and the establishment, and he incorporated this into much of his material. He was one of the first major comedians to regularly use profanities as a source of humor on French television.

He was born on 28 October 1944, just weeks after the Liberation of Paris, in a hospital in the 14th arrondissement of the city. His mother, Simone Bouyer (called "Nonette"), worked as a florist in the Boulevard du Montparnasse. His father, Honorio Colucci, from Casalvieri in Lazio, Italy, was a painter and decorator. His father died in 1947 at age 31 from poliomyelitis; his wife struggled thereafter to raise the young Michel and his sister (Danièle, 18 months older than Michel) on a meager salary.

Coluche showed little promise at school, and left after completing his primary studies (June 1958). He tried various temporary jobs, and had several run-ins with authorities. During this time his mother bought him a guitar, which he taught himself to play. In 1964 he joined the 60th Infantry Regiment de Lons-le-Saunier, but was imprisoned for insubordination. On his return to civilian life, he worked in his mother's florist shop which she had been able to open on rue d'Aligre, and later in a larger shop which she opened near la Gare de Lyon. He found this work dull, and suddenly quit, which caused a long-lasting breach with his mother.

At the end of the 1960s he tried his luck as a singer in cafes, then turned to comedy.

Coluche's first sketch C'est l'histoire d'un mec (It's the story of a guy) was about the difficulties of telling a funny story. He quickly found success, but alcohol problems forced him to leave the group.

He went on to found another group, Le vrai chic parisien (The true Parisian chic) and it was at this time that he met his future wife, Véronique Kantor. They married in 1975 and had two sons, Marius and Romain Colucci. His behaviour and addictions forced him to leave the new group and launch his solo career.

It was at this point that he began to dress in his well-known outfit of white tennis shoes, blue striped overalls, a bright yellow T-shirt and round glasses. He became famous with his parody of a TV game (Le Schmilblick). He was sacked by two radio stations for vulgarity.

In a 30 October 1980 press conference at the theatre of his one-man show, Coluche announced his candidacy for the French presidential election. He was not taken seriously until the Sunday newspaper Le Journal du Dimanche published a poll on 14 December 1980 showing Coluche supported by 16% of potential voters. His "campaign" was supported and organized by Parisian publisher Charlie Hebdo, with slogans such as "Before me, France was divided in two; now it will be folded in four" (more idiomatically "être plié en quatre" could be translated as "doubled over laughing"), and "Coluche - the only candidate who has no reason to lie". However, he withdrew after pressure from serious politicians - including François Mitterrand who saw him as a menace for his own candidacy - and the murder of his manager René Gorlin.

In 1984 Coluche was awarded the César Award for Best Actor for his role in the film Tchao Pantin (1983) directed by Claude Berri, a film that mirrored his chaotic personal life.

In September 1985, he launched the "Restaurants du Cœur" (usually called Restos du cœur) charity (40,000 volunteers in almost 2,500 eating establishments, which serve some 600,000 daily beneficiaries) in a speech on the radio station Europe 1. This famous speech begins "I have a little idea…" The charity collects food, money and clothes for the needy and the homeless. Each year, a fundraising concert series is presented by singers and celebrities collectively known as "Les Enfoirés"

In September 1985 Coluche had set a world speed record (252.087 km/hr) on a one-km track with a 750cc motorcycle. Less than a year later, at 16:35 on 19 June 1986, Coluche died crashing his Honda 1100 VFC into a truck on the "route de Cannes" a road in the commune of [Opio, Alpes-Maritimes] in southeastern France. He was 41. This event provoked national grief and inspired the album Putain de camion ("damn truck") by his close friend Renaud. Some conspiracy theories have since surfaced, mainly in the book Coluche, l'accident: contre-enquête, alleging that Coluche might have been murdered.

On the occasion of the 30th anniversary of his death, from October 6, 2016 to January 14, 2017, an exhibition about Coluche was held in Hôtel de Ville, Paris.

In March 2011, a bronze status of Coluche, dressed with his trademark striped dungaree, is unveiled in his hometown of Montrouge (suburb of Paris).

Coluche won the César Award for "Best Actor" for his role in Tchao pantin (So Long, Stooge, 1983), one of his few dramatic roles.

The film Coluche : l'histoire d'un mec, directed by Antoine de Caunes and relating the events surrounding Coluche's bid for the French presidency in 1981 was released in France in October 2008. François-Xavier Demaison plays Coluche.

Coming from a working-class family and a background of grinding poverty, Coluche fought for the equality of citizens. A law known as the Loi Coluche was passed in 1988, allowing large tax deductions (up to 75% in some cases) for individuals or businesses that donate to specified aid agencies.

The main-belt asteroid 170906 Coluche, discovered by Swiss astronomer Michel Ory in 2004, was named after Coluche.

A rose is named for Coluche – it is on display in the rose garden of Tabor Park, Rennes.

There are statues of Coluche in his home quarter of Montrouge (suburb of Paris), unveiled in March 2011 (a bronze status of Coluche, dressed with his trademark striped dungaree), and in Le Vigan, Gard in the south of France. Numerous theatres and social spaces bear his name all over France.

In October 2016, the Hôtel de ville de Paris (5, rue de Lobau) opened an exhibition marking the 30th anniversary of his death. It focuses on his radio and movie career up to his announcement of his presidential candidacy. It ran through 7 January 2017.

A statue of Coluche is placed in a park in Le Vigan (Gard).

A statue of the sculptor Guillaume Werle, representing his famous overalls, is inaugurated on Tuesday, June 14, 2011 in Montrouge, Place de la Libération.

The contents of this page are sourced from Wikipedia article. The contents are available under the CC BY-SA 4.0 license.
View Coluche 's image gallery
Image Gallery 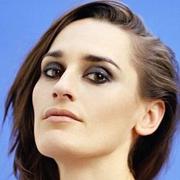