Colton Scott Underwood (born January 26, 1992) is an American reality television personality. He was a football tight end at Illinois State and was signed by the San Diego Chargers as an undrafted free agent in 2014, and was on the practice squad of the Oakland Raiders and Philadelphia Eagles. After being released by the Raiders, Underwood became a contestant on the 14th season of The Bachelorette, and was then announced as the titular bachelor in the 23rd season of The Bachelor.

Underwood was a contestant on the 14th season of The Bachelorette, starring Becca Kufrin.

After getting eliminated in week 8 after hometown dates, Underwood was cast in season five of Bachelor in Paradise. After being linked to fellow contestant Tia Booth, Underwood broke it off, and both left Paradise separately in the 4th week.

On September 4, 2018, ABC announced Underwood would star in the 23rd season of The Bachelor. The announcement received mixed reactions on social media.

On September 21, 2018, ABC announced that Colton had started filming The Bachelor and had already met three of his contestants on The Ellen DeGeneres Show.

In January 2016, Underwood founded the Colton Underwood Legacy Foundation to raise money for cystic fibrosis research and medical equipment. Although not named after her, Underwood started the foundation in honor of his cousin Harper, who was diagnosed with the disease at 4 years old.

In January 2018, the foundation began the Legacy Project, with the goal of delivering Afflovests (chest wall oscillation devices which clear excess mucus from lung airways as part of the daily treatment for cystic fibrosis) to children in 50 US States.

Underwood dated gymnast Aly Raisman after asking her out via social media in 2016, before splitting less than a year later in 2017.

He has spoken publicly about his choice to remain a virgin, and how appearing on The Bachelorette helped him discuss the topic.

Underwood found love with 23-year-old Cassie Randolph on Season 23 of The Bachelor. After Randolph initially ended their relationship during the final three, Underwood broke things off with the other two women and asked Randolph for a second chance without the pressure of an engagement. Underwood and Randolph celebrated their first anniversary in Saint Lucia on November 15, 2019.

On March 20, 2020, Underwood received a positive diagnosis for coronavirus, warning the public that despite having good health, no one is immune. 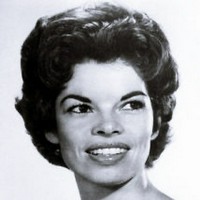 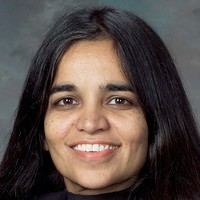