Fernandes was born in Hamburg, Germany to a father of Goan Indian origin and a Hungarian mother. She has one younger sister, Elaine.

Aged 15, Fernandes moved out from home to begin her career as a model. Fernandes was interested in music and started singing with the band Yam Yam. She went to dance schools in Hamburg and London.

Fernandes featured in a number of music videos as background dancer for artists such as Shaggy, Enrique Iglesias and Dieter Bohlen's band Modern Talking. Producers took note of this, and she soon signed a record contract with BMG.

Fernandes began her TV career in 2000 presenting a number of shows and in the autumn of 2001 became the new presenter of Bravo TV on RTL2. This followed with guest appearances by The Dome and TV total. Since 2003, she has been a presenter of a number of shows on the music television channel VIVA and DSF's Maxim TV ...

In February 2004, Fernandes appeared in her first movie Autobahnraser. That same year, she appeared in Die Nacht der Lebenden Loser. In 2007, she appeared in two more films, namely Ossis Eleven and Morgen, ihr Luschen!, in which she embodied the leading female role. In 2007, she was nominated along with the rest of the cast from the new Sat.1 series Dr. Molly & Karl for an Adolf Grimme Award. And in 2009 she starred in the RTL show Alarm für Cobra 11 – Die Autobahnpolizei. Since the beginning of June 2009, Fernandes has been the presenter of the ProSieben show MyVideoStar.

In September 2009, Fernandes was ejected from the Internationale Funkausstellung Berlin for asking Lady Gaga during a press conference whether she had a penis or a vagina.

Fernandes has modelled for a number of companies, including Otto, Neckermann and BeeDees. She has also been in television advertisements for Ferrero's Kinder Bueno and Mercedes-Benz.

The contents of this page are sourced from Wikipedia article on 08 Mar 2020. The contents are available under the CC BY-SA 4.0 license.
comments so far.
Comments
From our partners
Sponsored
Reference sources
References
http://www.gala.de/stars/aufgeschnappt/73064/Collien-Fernandes-Lady-GaGa-wirft-Viva-Star-raus.html
http://www.textilwirtschaft.de/news/schlagzeilen/pages/show.php?id=53181
https://web.archive.org/web/20180616030706/http://talk.excite.de/fhm-wahlt-100-sexiest-woman-of-the-world-collien-fernandes-gewinnt-N9459.html
http://talk.excite.de/fhm-wahlt-100-sexiest-woman-of-the-world-collien-fernandes-gewinnt-N9459.html
https://www.imdb.com/name/nm1202617/
https://d-nb.info/gnd/132353784
https://viaf.org/viaf/3631140
https://www.worldcat.org/identities/viaf-3631140
Trending today in 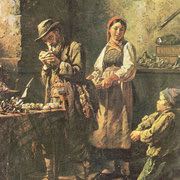