Clint Gresham (born August 24, 1986) is an American football long snapper who is currently a free agent.

Clint Gresham was born to Jim Gresham and Martha Booe on August 24, 1986. Gresham attended W.B. Ray High School in Corpus Christi, Texas until his graduation in 2005.

He attended the University of Oklahoma, as a preferred walk-on, but ultimately transferred to TCU, graduating in 2009. While at TCU, Gresham majored in entrepreneurial management with a minor in communications.

Gresham was the only long snapper invited to the 2010 NFL Draft. However, he was not selected in the draft, and signed as an undrafted free agent for the 2010 season by the New Orleans Saints, Gresham was picked up on waivers by the Seattle Seahawks on August 1, 2010. On March 20, 2015, he re-signed with the Seahawks on a three-year contract worth $2.7 million total and a $300,000 signing bonus. He was released by the Seahawks on March 16, 2016.

Gresham is a Christian, and a Young Life leader in Seattle. 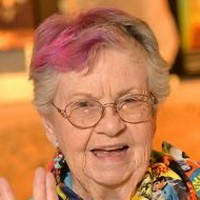