Clifford Henry Taubes (born 1954) is the William Petschek Professor of Mathematics at Harvard University and works in gauge field theory, differential geometry, and low-dimensional topology. His brother, Gary Taubes, is a science writer.

Taubes received his Ph.D. in physics in 1980 under the direction of Arthur Jaffe, having proven results collected in (Jaffe & Taubes 1980) about the existence of solutions to the Landau–Ginzburg vortex equations and the Bogomol'nyi monopole equations.

Soon, he began applying his gauge-theoretic expertise to pure mathematics. His work on the boundary of the moduli space of solutions to the Yang-Mills equations was used by Simon Donaldson in his proof of Donaldson's theorem. He proved in (Taubes 1987) that R4 has an uncountable number of smooth structures (see also exotic R4), and (with Raoul Bott in Bott & Taubes 1989) proved Witten's rigidity theorem on the elliptic genus.

Work based on Seiberg–Witten theory

In a series of four long papers in the 1990s (collected in Taubes 2000), Taubes proved that, on a closed symplectic four-manifold, the (gauge-theoretic) Seiberg–Witten invariant is equal to an invariant which enumerates certain pseudoholomorphic curves and is now known as Taubes's Gromov invariant. This fact has transformed mathematicians' understanding of the topology of symplectic four-manifolds.

More recently (in Taubes 2007), by using Seiberg–Witten Floer homology as developed by Peter Kronheimer and Tomasz Mrowka together with some new estimates on the spectral flow of Dirac operators and some methods from Taubes 2000, Taubes proved the longstanding Weinstein conjecture for all three-dimensional contact manifolds, thus establishing that the Reeb vector field on such a manifold always has a closed orbit. Expanding both on this and on the equivalence of the Seiberg–Witten and Gromov invariants, Taubes has also proven (in a long series of preprints, beginning with Taubes 2008) that a contact 3-manifold's embedded contact homology is isomorphic to a version of its Seiberg–Witten Floer cohomology. More recently, Taubes, C. Kutluhan and Y-J. Lee proved that embedded contact homology is isomorphic to Heegaard Floer homology.

Work based on Seiberg–Witten theory 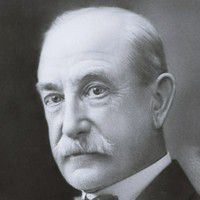