Bond earned an undergraduate degree from Georgetown University’s School of Foreign Service and a M.Sc. degree in Economics from the London School of Economics. He also attended the National War College. He is married to Michele Thoren Bond.

The contents of this page are sourced from Wikipedia article on 20 Apr 2020. The contents are available under the CC BY-SA 4.0 license.
View Clifford G. Bond 's image gallery
Image Gallery 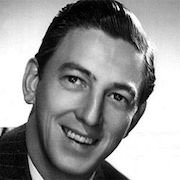