Asness was born to a Jewish family, in Queens, New York, the son of Carol, who ran a medical education firm, and Barry Asness, an assistant district attorney in Manhattan. His family moved to Roslyn Heights, New York when he was four. He attended the B'nai B'rith Perlman Camp and graduated from Herricks High School where "(he) wasn’t an academic star". He graduated from the Jerome Fisher Program in Management and Technology (M&T) with dual degrees from the University of Pennsylvania. Thereafter, he entered the finance PhD program at the University of Chicago and became the research assistant to Eugene Fama, an influential efficient market theorist and empiricist.

Asness' dissertation, in opposition to his mentor, asserted that consistent market-beating profits were attainable by exploiting both value and momentum; in his context, value means using fundamental analysis to assess the true worth of a security and momentum means betting that it will continue to go up or down as it has in the recent past. Neither idea was original with Asness but he was credited with being the first to compile enough empirical evidence across a wide variety of markets to bring the ideas into the academic financial mainstream. Per Asness, the two ideas are supposed to work together. Value investors make money, but may have to wait a very long time for it, with a lot of mark-to-market pain along the way. Momentum investors also make money, but can suffer huge drawdowns when bubbles pop. Buying cheap things after they have already started going up, and selling expensive things after they have already started going down, can be the best of both worlds. However, the strategy for accumulation is subject to the same constraints as any other and systemic effects in markets can invalidate it: AQR and other similar ventures lost massive amounts of wealth in the Financial crisis of 2007-2010 with assets declining from $39 billion in 2007 to $17 billion by the end of 2008.

After completing his PhD, Asness accepted a job with Goldman Sachs as managing director and director of quantitative research for Goldman Sachs Asset Management. At Goldman, he founded the Goldman Sachs Global Alpha Fund, a systematic trading hedge fund and one of the earliest "quant vehicles" in the industry. The fund used complicated computerized trading models to first locate underpriced equities, bonds, currencies, and commodities and then use short selling to take advantage of upward or downward price momentum. The fund was designed to make money regardless of the direction the market was moving. It worked. In 1997 he left to found AQR Capital Management.

Asness frequently comments on financial issues in print and on CNBC and other television programs. He has frequently spoken out against high hedge fund fees. In particular, he has been critical of hedge funds with high correlations to equity markets, delivering stock index fund performance (which is available cheaply) at prices that could only be justified by extraordinary market insight that only the best hedge funds seem to deliver consistently.

He appeared in the 2012 documentary film Ayn Rand & the Prophecy of Atlas Shrugged and in it claimed the United States financial crisis that began in 2008 was the result of government policies. In the film he stated, "If government wasn't so all-intrusive; if they weren't setting arbitrary rules; if they weren't trying to get the whole country into a house they can't afford, there would not be a profit to be made by trading securities in houses people could not afford."

In 2008, he complained about short-selling restrictions in The New York Times. In a 2010 Wall Street Journal op-ed (written with Aaron Brown) he claimed the Dodd-Frank financial reform bill would lead to regulatory capture, crony capitalism and a massive "financial-regulatory complex." In Bloomberg columns, he discussed taxation of investment managers and healthcare reform. He posts commentary on financial issues, generally from a libertarian and efficient markets viewpoint.

He is known for taking some outspoken contrarian stances, like in calling out the tech bubble (Bubble Logic, 2000) and those who claimed options should not be expensed (Stock Options and the Lying Liars Who Don't Want to Expense Them, 2004). He is also known as an outspoken critic of U.S. president Barack Obama. Two tracts he authored protest the Obama administration's treatment of Chrysler senior bondholders.

In 2012, he was included in the 50 Most Influential list of Bloomberg Markets Magazine.

In 2013, Asness was a signatory to an amicus curiae brief submitted to the Supreme Court in support of same-sex marriage during the Hollingsworth v. Perry case.

Asness started his career in 1990, when he was 24 and still a PhD student. In the early 1990s, he had left academia, to the regret of his mentor, to become manager of Goldman Sachs Asset Management's (GSAM) "new quantitative research desk". He invited two friends from his cohort at the University of Chicago to join him at GSAM. Together, they began "developing models to evaluate risk in currencies, bonds and entire economies." While the "idea of factors" came from Fama and French, it was first "put into practice" in the late 1990s by Asness, according to The Economist.

Asness and his team at GSAM, built on Fama and French's idea of factors, and combined their work with insights he had gained from his own PhD research.

Asness worked as GSAM manager until 1997, when he and some members of the GSAM team, left to start their own quant hedge fund.

In 1995, Asness persuaded a few partners at Goldman to provide him with an initial US$10-million investment to employ the computer-driven models that his team had developed, to invest in the market.

When the $10 million initial investment reached $100 million, Goldman opened the fund to the public—the Goldman Sachs Global Alpha Fund. Global Alpha, a systematic trading hedge fund was one of the earliest "quant vehicles" in the industry. The fund became known for high-frequency trading and furthered the careers of Asness and Mark Carhart. Asness and his team used complicated computerized trading models to first locate underpriced equities, bonds, currencies, and commodities and then use short selling to take advantage of upward or downward price momentum. The fund was designed to make money regardless of the direction the market was moving. The Wall Street Journal described Asness and Carhart as "gurus" who managed Global Alpha, a "big, secretive hedge fund"—the "Cadillac of a fleet of alternative investments" that had made millions for Goldman Sachs by 2006. By 2007, at its height, Global Alpha was "one of the biggest and best performing hedge funds in the world" with more than $12 billion assets under management (AUM). Global Alpha was shutdown in the fall of 2011. The quant fund had declined significantly by mid-2008, and continued its decline to $1 billion AUM through 2011.

In 2016, Connecticut's State Bond Commission gave $35 million in financial aid to AQR, as part of a "broader move by the Connecticut government to persuade companies", including Bridgewater Associates, the biggest hedge fund in the world, to remain in Connecticut. AQR's $28 million loan, would be "forgiven" if AQR kept "540 jobs within Connecticut" and created 600 new jobs by 2026. AQR received grants worth $7 million to "help pay for an expansion."

By 2017, according to Forbes, Asness had "moved away from hedge funds" and aggressively promoted lower-fees, more "liquid and transparent products", such as "mutual funds, that use computer models, often to replicate hedge fund returns".

By 2019, AQR had become an "investment firm"—running "one of the world's largest hedge funds". A 2020 Forbes profile described AQR (Applied Quantitative Research) as an agency that employs "factor-based investing," and offers products ranging from hedge funds to mutual funds.

In a co-authored 2001 article published in the Journal of Portfolio Management, the authors described how, while some hedge fund managers are skilled in picking stocks, not all use effective methods. In their 2003 publication in the Financial Analysts Journal, Arnott and Asness wrote that contrary to prevailing theory, companies that paid higher dividends, actually had higher growth in earnings. They found that low payout ratios "preceded low earnings growth." In a 2003 Journal of Portfolio Management article, Asness said that it was a mistake to compare stock market's P/E ratio—earnings yield—to interest rates.

In a 2013 co-authored article published in The Journal of Finance, Asness, Tobias Moskowitz, and Lasse Pedersen found "consistent value and momentum return premia across eight diverse markets and asset classes, and a strong common factor structure among their returns." Since this strategy for accumulation is subject to the same constraints as any other and systemic effects in markets can invalidate it: AQR and other similar ventures lost massive amounts of wealth in the Financial crisis of 2007-2010 with assets declining from $39 billion in 2007 to $17 billion by the end of 2008.

According to an April 2020 Forbes' profile, Asness' estimated net worth was $2.6 billion.

The New York Times published a "lengthy and glowing profile" of Asness on June 5, 2005. The Times said that "what Asness really does is try to understand the relationship between risk and reward."

Asness was featured in Scott Patterson's 2010 publication, The Quants, along with Aaron Brown from AQR Capital Management, Ken Griffin from Chicago's Citadel LLC, James Simons from Renaissance Technologies, and Boaz Weinstein from Deutsche Bank. a "scourge of bad practices in the money management industry" with the "intellectual chops to back up his attacks". Patterson said that Asness was known as "one of the smartest investors in the world." He had been a "standout student at the University of Chicago's prestigious economics department in the early 1990s, then a star at Goldman Sachs in the mid-1990s before branching out on his own in 1998 to launch AQR with $1 billion and change, a near record at the time."

In 1999, Asness married Laurel Elizabeth Fraser of Seward, Nebraska, the daughter of a retired Methodist pastor. Asness has four children.

He listed his Miami penthouse for sale in October 2019, after purchasing it from Boris Jordan in May 2018. 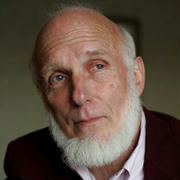 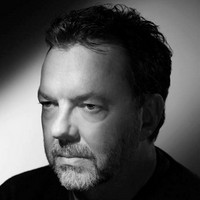