Cleophus Prince Jr. (born July 25, 1967, aka "The Clairemont Killer") is an American serial killer who was convicted and sentenced to death in 1993 for the rape and murder of six women in San Diego County, California from January through September 1990. Before these crimes, Prince was court-martialed in 1989 due to larceny, and when he was convicted and served his sentence, it was recommended that he be discharged from the United States Navy. Multiple books have been written on Prince and his crimes.

Cleophus Prince was court-martialed in October 1989 and convicted of larceny. After serving a brief sentence he was recommended for discharge from the Navy. Two months later, he moved into the Buena Vista Garden apartment complex, which was close to the location of the first three murder victims. He lived at the Buena Vista complex until 2 May 1990.

Before his arrest, police characterized the then-unknown serial killer as a 'disorganized opportunist' for the common patterns in the crimes. In each case, Prince entered the female victim's residence during daylight hours through an unlocked door or window, surprising them during or just after bathing, and stabbed them to death with knives taken from the kitchen.

Police also theorized Prince may have stalked some of his victims, including Pamela Clark at a nearby Miramar fitness club, near his former girlfriend's residence.

In addition to the murders, Prince was convicted of multiple burglaries and attempted burglaries from April 1990 through February 1991.

A composite drawing of the killer was distributed in April 1990 based on an eyewitness description; a maintenance worker had seen the killer fleeing the apartment complex following Holly Tarr's death. San Diego police initially focused their attention on an accused rapist in January 1991, citing similarities in the suspect's description, method and opportunity.

Prince was caught in February 1991 after he tried to break into a Scripps Ranch house. A woman, whom he had followed home from the Miramar Road health club, was getting ready to shower when she heard a noise at the front door. She ran from the house and sought help from a neighbor who came and confronted Prince. Prince claimed he was trying to find a female friend who had entered the woman's home but eventually gave up and scuttled away.

The eyewitnesses took down Prince's license plate number and identified Prince from photographs, and he was arrested on 4 February 1991 in the parking lot of a health club after police alerted health club workers to be on the lookout for Prince's automobile. After his arrest, he agreed to provide blood and saliva samples, and the DNA results connected him to the murder of Janene Weinhold. That murder connected him to the others by the pattern presented by the murders.

Pamela Clark regularly exercised at the Miramar Road health club before noon, and a swimming pool attendance log placed Prince in the vicinity of Holly Tarr. Prince struck when he knew his victims would be showering and thus be less attentive to their surroundings. He later bragged about the killings to a friend and took to wearing the dead woman's wedding ring on a chain around his neck. He gave another ring to his girlfriend as a Christmas present after taking it from Tarr.

Prince was arrested on 3 March 1991 in Birmingham, Alabama, where he had returned to visit family following his discharge from the Navy. He had been arrested on an unrelated theft charge and had just been released on bail. Birmingham police, East Precinct, Officer Steven Lampley, contacted Prince by phone and told him that there was more paperwork that had to be completed and if he would come in to the precinct, they would not have to send marked police units to his home (Birmingham Police Department Arrest Report 910313853). After six hours of talking back and forth on the telephone Prince walked into the precinct with his mother and he was taken into custody. He was extradited to San Diego where the trial was held.

After viewing physical evidence, a judge ordered Prince to stand trial in March 1992. The defense argued unsuccessfully that Prince should be cleared of three murder charges from lack of evidence. Prince was found guilty on 15 July 1993 on all six counts of first-degree murder and 21 other felony charges. After later deliberations, the jury rendered a verdict of death. and the judge handed down the death sentence on 5 November 1993.

He is now on death row at San Quentin. Prince appealed his sentence, claiming that extensive media coverage had created a presumption of guilt in the jury pool, but the Supreme Court of California denied his appeal in 2007. 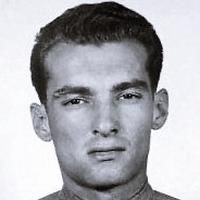 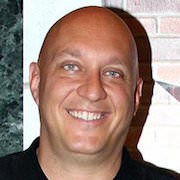 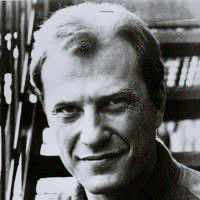 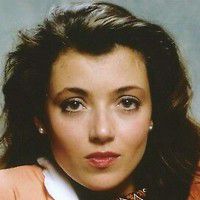