Claudio Lotito (born 9 May 1957 in Rome) is an Italian entrepreneur. He is the owner and president of the Serie A football club S.S. Lazio since 2004.

Lotito was banned from football for two and a half years in 2006 for his part in the 2006 Italian football scandal. Lotito got banned again for 10 months due to third parties ownership of Mauro Zárate and Julio Ricardo Cruz. However it was shortened to 2 months after appeal. He is second on the electoral list for the Senate in the Caserta-Avellino-Benevento district, close to Naples, for the coalition around Silvio Berlusconi

The contents of this page are sourced from Wikipedia article on 23 Apr 2020. The contents are available under the CC BY-SA 4.0 license.
View Claudio Lotito 's image gallery
Image Gallery 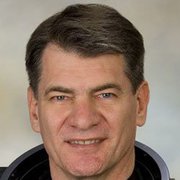