Claudio Baglioni (pronounced [ˈklaudjo baʎˈʎoːni]; born 16 May 1951) is an Italian pop singer-songwriter and musician. He is considered one of the greatest songwriters/singers ("cantautori") in Italy and one of the greatest figures in Italian musica leggera (pop music); his success spanned through several decades. His melodic and highly dramatic love ballads, especially from the 1970s era (such as "Questo piccolo grande amore", "E tu...", "Amore bello", "Sabato pomeriggio", "E tu come stai") are part of Italy's musical and national culture. His various works include the official Anthem for the 2006 Olympic Winter Games in Turin. He has also written for previous sporting events.

His musical career began in 1965 when he entered a competition for new talents in the Rome district of Centocelle. Between 1965 and 1968 he composed a musical suite to a poem by Edgar Allan Poe entitled Annabel Lee, made a test recording for RCA, released his first album Claudio Baglioni. In 1970, he entered the Disco per l'estate competition with the song Una favola blu and the Festivalbar competition with Signora Lia. The same year, Baglioni released his first album Claudio Baglioni, which didn't sell well and was retired from the market a few weeks after initial release.

Following the release of his second album Un cantastorie dei giorni nostri in 1972, he made the big-time with Questo piccolo grande amore. He set off for his first tour in 1973, the year of Gira che ti rigira amore bello (with song Io me ne andrei, translated by Mick Ronson as Empty Bed on his album Play Don't Worry). On 4 August 1973, he married Paola Massari. In 1974 he produced E tu in Paris in collaboration with Vangelis and in 1975 Sabato pomeriggio with arrangements by Luis Enriquez Bacalov. In 1977 he released Solo and began a tour of the United States and Canada. 1978 was the year of E tu come stai?, released by his new record company CBS.

Baglioni and his wife Paola Massari in 1972.

In 1981 he produced the hugely successful album Strada facendo and gave a series of concerts in the palasport buildings. For the birth of his son Giovanni, in 1982, he composed Avrai, a song dedicated to his newborn son Giovanni, and set off for the highly acclaimed Alé-oó tour, which spawned an album of the same name. In 1985 he produced La vita è adesso and the following year set off for the Assolo tour, a three-hour tour-de-force of vocals, guitar and piano. After two years of work, he released Oltre, an album which included the participation of numerous illustrious names from the international music world, such as Paco De Lucia, Pino Daniele, Mia Martini, Youssou N'Dour, Phil Palmer, Tony Levin and others.

From then until 1994 he went on a series of tours around Italy. In 1995 he produced Io sono qui, followed by the Tour Rosso in palasport buildings. In the summer of 1998 his dream of holding concerts in the main Italian stadiums came true. In 1999 he released the album Viaggiatore sulla coda del tempo. In 2003, Baglioni released a new album, Sono io, l'uomo della storia accanto, and won the Lunezia Prize. Crescendo e cercando and Tutti qui – Collezione dal 1967 al 2005 followed two years later. In 2006 he released for Columbia Records the album Quelli degli altri: Tutti qui.

In 2009, worked on a movie based on themes from his songs movie. The double-disc soundtrack album Q.P.G.A features full-length versions performed together with other famous musicians like Andrea Bocelli, Laura Pausini and Irene Grandi. Baglioni also wrote a novella. In Italy the album was 3X platinum with more than 180,000 copies sold. In 2010 Baglioni went on a series of tours around the world. After that, he released a new album, Per il mondo. World Tour 2010.

In October 2013, ten years after his Album "Sono Io", he released his new album "Con Voi".

In 2015 He's been working with Gianni Morandi in "Capitani Coraggiosi Tour". 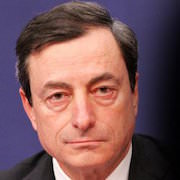 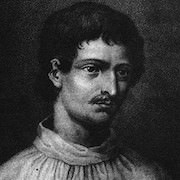