Claudia Pastorino (born 1965 in Genoa) is an Italian singer-songwriter, author, and an advocate for animal rights, vegetarianism, and Jainism.

She has also dedicated her efforts to learning Jainism. In 2002 Pastorino published, with Edizioni Cosmopolis, Jainism, the most ancient Doctrine of Nonviolence, Compassion and Ecology, an Italian translation of The Book of Compassion. In 2003, she published Essence of Jainism: History, Philosophy, Tales, by Editori Riuniti.

Since 1983 Pastorino has volunteered as an activist for animals rights and welfare, and has advocated vegetarianism. In 1983 she founded the Antivivisection Association in Liguria. 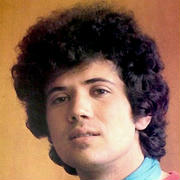