Claudia Larraguíbel (born 1968 in Santiago de Chile) is a Chilean writer.
Her family went into exile in Caracas, Venezuela after the Chilean coup of 1973. There she did a BA and worked as a teacher and journalist. In 1995 she moved to Madrid, where she studied the El Pais Master in Journalism and worked for the newspaper for three years. She has worked as editor for magazines such as Cinemanía and Vogue and has contributed to different media in Europe and Latin America. She founded both the magazine and the cultural portal ClubCultura of the Fnac in Spain.
She lives between Spain and Chile, off her writing. 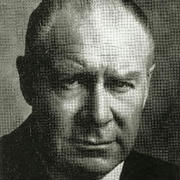