Claude Guéant (born 17 January 1945) is a French civil servant. The former Chief of Staff to Nicolas Sarkozy, he served as Minister of the Interior from 27 February 2011 until 15 May 2012. He is a member of the conservative Union for a Popular Movement (UMP).

Claude Guéant was born in Vimy. He studied law in Paris at a university. He then entered Sciences Po and then the ENA administration school (Thomas More promotion of 1971). After graduating from the ENA, he became chief of staff of the prefect of the Finistère department, and then, in 1974, general secretary of Guadeloupe for economic affairs. In 1977, he entered the Ministry of Interior as a technical counsellor of Christian Bonnet, an office which he held until François Mitterrand's election in 1981.

During the second cohabitation (Édouard Balladur's government), he was named deputy-director of Charles Pasqua's cabinet, who was at the time the Minister of Interior. In 1994, he was named general director of the national police.

He has been closely associated with Nicolas Sarkozy since at least 2002. From 2002 he was Sarkozy's chief of staff (directeur de cabinet), following him to the Ministry of Finance in 2004, then to the Ministry of the Interior from June 2005 to March 2007. During the 2007 presidential campaign, he was in charge of Sarkozy's campaign. and was named general secretary of the Elysée on 16 May 2007. He is particularly listened to by Sarkozy, and his power has given him many surnames such as the "Cardinal", "Prime Minister bis", or "Vice-President".

On 27 February 2011, he was nominated Secretary of the Interior (Ministère de l'Intérieur). Though Alain Juppé has explicitly denied it, many have claimed that Guéant's departure from the post of general secretary was a sine qua non for Juppé to accept the Minister of Foreign Affairs position the same day, due to Guéant's meddling in foreign policy since his appointment in 2007.

Guéant has been the target of two investigative judge cases, including one where Sarkozy’s 2007 campaign allegedly received donations from the government of the Libya, under the reign of Col. Muammar el-Qaddafi.

Guéant is a fan of American literature, and spent time in Minnesota in his younger days. 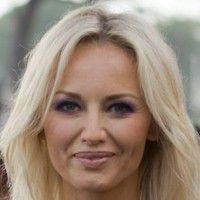