Claude Lafayette Dallas, Jr. (born March 11, 1950) is a self-styled mountain man, who was convicted of voluntary manslaughter in the deaths of two game wardens in Idaho.
Born in Winchester, Virginia, Dallas' father was a dairy farmer, and he spent most of his childhood in Luce County, Michigan, later moving to rural Morrow County, Ohio, where he learned to trap and hunt game. He graduated from Mount Gilead High School in 1967, then headed out west where he earned a living as a ranch hand and trapper. Out of contact with his family back east, he was unaware of draft notices mailed to his parents' home ordering him to report for induction into the U.S. military during the Vietnam War. He was eventually tracked down by the FBI and arrested for draft dodging. At trial, the draft board could not prove that he ever knew of the induction letters and the charges were dropped.
Dallas was charged with the killing of two state game wardens in early January 1981 in remote Owyhee County in southwestern Idaho. He eluded capture for over 15 months, until found in nearby northern Nevada in April 1982, north of Winnemucca. Convicted that October, Dallas escaped from prison on March 30, 1986 and eluded law enforcement officials for nearly a year; he was apprehended outside a convenience store in the suburban southern California city of Riverside in March 1987.
Dallas attracted national media attention after both incidents, becoming a particularly controversial figure in Idaho, Oregon, and Northern Nevada. Some within the region regarded him as a folk hero, defying the government by defending his right to live off the land; while others, shocked and disgusted, saw him simply as a cold blooded cop killer. After manslaughter convictions in 1982, his prison escape trial ended in acquittal in 1987. Dallas served 22 years of a 30-year sentence and was released in February 2005.

In the winter of 1980 Dallas had set up his trapping camp in Southern Idaho, three miles from the Nevada border using a "home" address in nearby Paradise Hill, Nevada. The Bureau of Land Management had leased the area known as Bull Basin to the Carlin's 45 Ranch as wintering ground for their cattle. Ten days before the murders, Eddy Carlin had stopped by the camp and checked Dallas out. He noted two illegal bobcat hides in Dallas' camp as well as poached deer. When Carlin mentioned to Dallas that Idaho Fish and Game would check the area out. Dallas had retorted, "I'll be ready for them."

Eddy Carlin's meeting with Dallas had made him uneasy. Dallas had advised Carlin that he settled his business with a gun. Don and Eddy Carlin of the 45 ranch had also noted other trappers illegally poaching sage grouse on the 45's leased land. They rode to a nearby Indian reservation to use the telephone and called Conservation Officer Bill Pogue of the Idaho Department of Fish and Game, at home and registered a complaint about the sage grouse poachers on their land, but not Claude Dallas.

Pogue and officer Conley Elms responded to the public complaint. When they were about to leave the Carlin ranch, Eddy Carlin's wife mentioned the guy at Bull Camp (Claude Dallas). At that point Eddy advised the officers about Dallas. Carlin warned them to be careful and told them that he didn't trust Dallas.

Elms and Pogue looked into the sage grouse poaching first, then approached Dallas regarding the numerous obvious poaching infringements in his camp. During his murder trial, Dallas testified that while Elms was inside a tent containing poached bobcats, Pogue drew his weapon, although there was no evidence to support this claim. Dallas reacted by shooting Pogue with his own .357 caliber Ruger Security-Six handgun, which he habitually wore concealed. When Elms exited the tent, Dallas shot him too.

After the initial gunfire, Dallas used his .22 caliber lever action rifle to shoot both officers execution style, once each in the head. He then threw Elms' body in a nearby river and, with the reluctant assistance of a friend, Jim Stevens, transported Pogue's body to a distant location, where he hid it in a coyote's den. Stevens, who happened to be visiting the trapper's camp that day, witnessed the shootings and saw Dallas shoot Elms and Pogue in the head as they lay on the ground. The Ruger Security-Six handgun was recovered by a local Idaho man using a metal detector in December 2008. Dallas fled the scene of the killings and was found after a 15-month manhunt.

Dallas was charged with two counts of first degree murder, but the trial quickly shifted focus to the alleged aggressiveness of one of the victims, Officer Pogue. The issue did sway the jury to convict Dallas of lesser charges of voluntary manslaughter and of using a firearm in the commission of a crime. At least one juror cited concern that Dallas was acting in self-defense when he shot Pogue. Judge Edward Lodge sentenced Dallas to 30 years, the maximum for this offense. He lost an appeal to the state supreme court in 1985.

Dallas escaped from the Idaho State Correctional Institution east of Kuna in March 1986 and was on the run for almost a year. His escape enlarged the legend that he was a nomadic trapper whose life conflicted with the government. Dallas was captured outside a 7-Eleven convenience store in Riverside, California, in March 1987. Following his 1987 trial, he was placed in prisons in Nebraska and New Mexico, and then to a higher security state prison in Kansas in July 1989.

He completed the final three weeks of his sentence back in Idaho at Orofino in 2005. Dallas served 22 years in prison, his sentence was reduced by eight years for good behavior. He was released in February 2005, and has been sighted living in Grouse Creek, Utah. 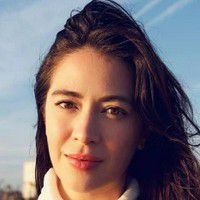 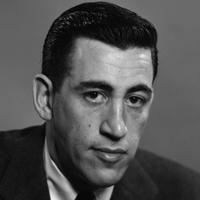 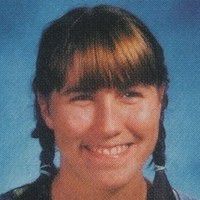 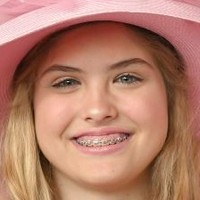 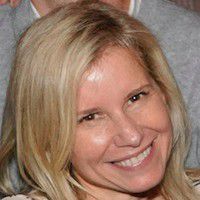 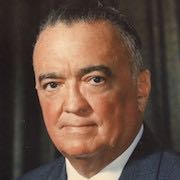 American law enforcement officer and first director of the fbi