Clarice Orsini (1450–1488) was the daughter of Iacopo Orsini, and his wife and cousin Maddalena Orsini. She was the wife of Lorenzo de' Medici and mother of Pope Leo X.

Clarice and Lorenzo married 4 June 1469, with a four-day celebration. The marriage was arranged by Lorenzo's mother Lucrezia Tornabuoni, who wanted her eldest son to marry a woman from a noble family to enhance the social status of the Medicis. Clarice was a descendant of King John of England, through his daughter Eleanor, though this likely did not play a role in her betrothal. This also made her a distant cousin of Elizabeth of York, a contemporary Queen Consort of England. Their marriage was unusual for Florence at the time in that they were nearly the same age. Clarice's dowry was 6,000 florins.

The political nature of her marriage meant that she was often called upon by each side of her family to influence the other. This included Lorenzo helping her brother Rinaldo get selected as Archbishop of Florence. She was also called on by others throughout the area to support their requests to her husband. People sought her support in the easing of taxes and releasing family members from exile or prison. She would also use her network to gather information about political and military events away from where she was, including troop movements and battles.

Clarice's religious upbringing was a bit in contrast with the humanist ideals of the age popular in Florence. Nevertheless, sources and letters suggest that there was a great deal of affection and respect between her and Lorenzo. Of the ten children born to them, three died in infancy.

During the Pazzi Conspiracy, which was aimed at murdering Lorenzo and his younger brother Giuliano, Clarice and her children were sent to Pistoia. (The Pazzis succeeded in murdering Giuliano, but Lorenzo survived the attack, thus the conspirators' plan to replace the Medicis as de facto rulers of Florence failed).

Clarice returned to Rome several times to visit her relatives; she also visited Volterra, Colle Val d'Elsa, Passignano sul Trasimeno, and other places in the 1480s. During these visits, she was treated as a representative of her husband, an unusual role for a woman in that time and place.

On 30 July 1488 she died in Florence, and was buried two days later. Her husband was not with her when she died, nor did he attend the funeral, because he himself was very ill and was in Bad Filetta near Siena to get cured. In a letter to Pope Innocent VIII he wrote that he dearly missed his late wife.

Clarice and Lorenzo had 10 children:

Their children were taught by Angelo Poliziano for a time. In 1478, he wanted to teach the children humanism, Latin, and Greek, but Clarice insisted on their lessons being more religious, and being delivered in Italian. She had also removed the family and their teacher from Florence after the scare of the Pazzi conspiracy, and he chafed under the exile. In May 1479, she tried to dismiss the tutor over another change in the curriculum, though Lorenzo continued to pay him.

The contents of this page are sourced from Wikipedia article on 03 Apr 2020. The contents are available under the CC BY-SA 4.0 license.
View Clarice Orsini 's image gallery
Image Gallery 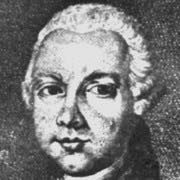